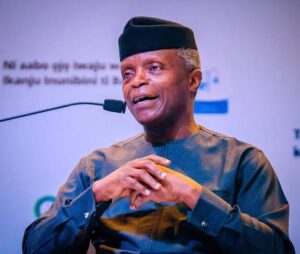 The Redeemed Christian Church of God, RCCG, has given further clarification to a memo it issued directing the creation of a political department in the church with the objective to help ” coordinate the engagement of our people who are willing to be involved in politics as well as mobilize support for them.”

The memo which leaked online came as political parties and politians gear up for electioneering campaigns ahead of the 2023 general election.

YOU MAY ALSO LIKE:   "How I Begged Oyetola For Two Years" - Aregbesola Reveals More Details Of Fight With Osun Governor

Vice President Yemi Osinbajo, a pastor of the RCCG, is believed to nurse a presidential ambition, but he is yet to officially declare his intention.

Comments on social media insinuate that the directive from RCCG, a leading pentecostal church in Nigeria with about 32,000 parishes, is geared towards rallying support for the VP.

According to him, the directive existed long ago and is targeting at getting people involved in politics.

“There is nothing connecting Osinbajo with the directorate; RCCG has been mobilising, creating political awareness long since transition from military to civil rule. RCCG has made it a policy to educate its members on political education – get voter cards, no violence.

“The directorate has nothing to do with Osinbajo or anybody. I don’t know why people are linking something the church has been doing which every organisation should be doing to him,” he said to The Punch.