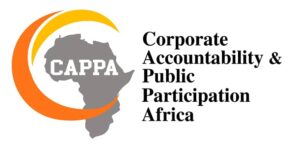 Labour, Civil Society want National Water Resources bill trashed. The groups made the call at a media briefing in Lagos on Friday, 21 August 2020, stressing that “the bill is anti-people, repugnant, suspicious, obnoxious and intolerable” while urging Nigerians “to be vigilant and to rise to reject, resist and refuse to go along with the evil bill”.

National president, Amalgamated Union of Public Corporations, Civil Service Technical and Recreational Employees (AUPCTRE), Comrade Benjamin Anthony said there is a hidden conspiracy behind the bill, adding that it is fraught with contentious sections and with no iota of public interest.

“They must withdraw the bill because we are going to adequately mobilise the civil society and the entire country to resist it. We can’t take it, it is evil, and the bill is not even good for amendment and should be thrown away.

“There was no stakeholders’ engagement, and it is tailored to make Nigerians miserable. We must collaborate, unite, and engage to take our right back. Our water is our right, it is our human right, we will dare government if they do not jettison this bill because they cannot contain what they will see. There is no transparency in it, it has a lot of flaws” he warned.

The activist said that the surreptitious plot to ram it through the legislature speaks volume for some hidden agenda but vowed to mobilise the entire well-meaning citizens in mass unrest that the government would not be able to contain.

Also, Akinbode Oluwafemi of Corporate Accountability Public Participation Africa (CAPPA) noted that the bill was arbitrarily reintroduced in the Green Chambers, just as he called on Nigerian “to rise up and defend their human right to water”

“They arbitrarily reintroduced it in the Green Chambers, in breach of its rules, legislative convention and the provisions of the 1999 constitution before the House adjourned for a two-month recess on Thursday, July 23, 2020. We think that the National Assembly would do well to once again trash this detestable bill in the public interest to save the country from avoidable disaster.

“Our so-called representatives of the people should better let the sleeping dog lie to avoid another round of crisis in our already volatile polity because we cannot accept it and the patience, as well as the good nature of the Nigerian people, should not be tried. They should remember that when Nigerians are mobilised to fight for their right no government power can stop them. They fought the military and we are ready again if the government continues to show insensitivity”

YOU MAY ALSO LIKE:   Obaseki: An Ugly Glimpse of What to Come by Yusuf Biliaminu

Also speaking, Comrade Musa Ukpo, said the National Assembly “must trash this bill or be ready to face the consequences of their action with massive protest and revolt from the people. Enough is enough of this nonsense”

It will be recalled that when the bill was first introduced in the 8th Senate, it generated intense controversy across the country and was rejected in 2018, due to its desire to have the federal government take control of lands and water resources in the country.