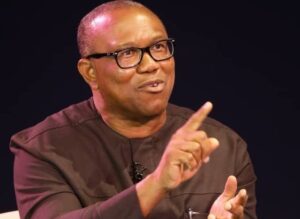 The money laundering scandal happened during his administration as the governor of Anambra state though he was cleared by the house of assembly then.

However, some of his defense then has unsettled political commentators especially on twitter and at the moment, has caused series of arguments.

The matter was first brought up by Seun Osewa, the founder of Nairaland who said his life hasn’t remained the same since he read the news about the N250 Million money laundering scandal.