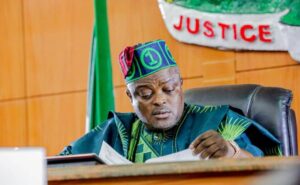 The Lagos Assembly on Thursday debated two bills proposing the establishment of two tertiary institutions – a University of Education and a University of Science and Technology – in the state.

The bills, which scaled second reading on the floor of the Lagos Assembly presided over by the Speaker, Rt. Hon. (Dr) Mudashiru Obasa, were committed to the House Committee on Education (Tertiary) to report back in two weeks.

Hon. Bisi Yusuff (Alimosho 1) argued that the bill for a law to provide for the establishment of the university of Education, Lagos (UNEDLAG) was important as he suggested that it should also have provision for pre-degree programmes.

Yusuff also noted a provision in the bill that would make graduates be somewhat independent rather than search for jobs.

“The inclusion of vocational training will also make the students to be self-employed,” he said.

“The society now rejects NCE and what is the benefit of going to a school that your certificate will not be recognised?

“Admission into this school is the lowest as only 18 applicants chose (ACCOED) as first choice in the last Universal Tertiary Matriculations Examinations (UTME).

“With the creation of this varsity, it will reduce the number of applicants seeking admission to LASU,” he said.

YOU MAY ALSO LIKE:   FIRSTBANK CORPORATE STATEMENT ON THE NEW BOARD CONSTITUTION 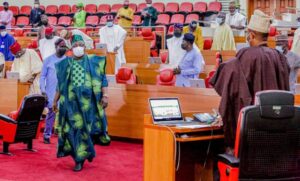 Also contributing, Hon. Gbolahan Yishawu (Eti-Osa 2), who agreed with his colleagues on the need to upgrade the two colleges of education in the state to a university, said the NCE is no longer popular.

According to him, the establishment of the university is timely, but “there is need to have a template to form the institution in order to avoid overlap.”

YOU MAY ALSO LIKE:   President Buhari And Foresight On Ambassadorial Nominations

Hon. David Setonji, chairman of the House committee on Information, supported the bill and added that the state had a high number of primary and secondary schools with less teachers and that the university would help resolve the challenge.

The Leader of the Lagos Assembly, Hon. Sanai Agunbiade (Ikorodu 1), who said he was excited about the planned upgrade, told his colleagues that he is a product of ACCOED and that he taught for five years with the certificate he got from the institution.

“The creation of a new varsity is a good thing. This bill takes care of the welfare of both lecturers and students,” he added.

Speaking about the bill, Hon. Abiodun Tobun (Epe 2) said he was optimistic the proposed University of Education would produce good teachers if passed into law.

YOU MAY ALSO LIKE:   FrieslandCampina WAMCO Gets New App for Dairy Farmers

Concerning the proposed University of Science and Technology, the lawmakers expressed optimism that it would help provide manpower for the development of the state and the country.

In his contributions, Hon. Rauf Age-Sulaimon (Amuwo Odofin 2) suggested that courses in the humanities and legal studies should not be included in the institution’s curriculum as a University of Science and Technology.

While Hon. Femi Saheed (Kosofe 2) said science and technology play vital roles in development, Hon. Bisi Yusuff urged that the studies to be offered should take into cognisance the culture of the people.

Yusuff also advised that the university should be made to go into researches on agriculture to reduce the high cost of food in the state and the country.