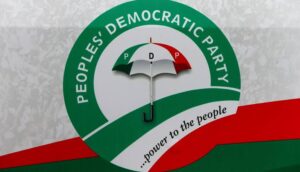 The Lagos State Independent Electoral Commission (LASIEC) has fixed July 24 for the conduct of chairmanship and council elections into the 20 local government areas and 37 local council development areas (LCDAs).

The People’s Democratic Party (PDP), Lagos State chapter, on Monday said it is unsure of winning any council in the forthcoming local government elections in Lagos based on the do-or-die politics being exhibited by the ruling party in the state, All Progressives Congress (APC).

YOU MAY ALSO LIKE:   INEC Set to resume voter registration June 28

While activities are already in top gear in APC, nothing is happening in the PDP, which is the major opposition party in the state. Many are of the opinion that the PDP may have boycotted the polls as elections into local governments have always been a ‘winner-takes-all’ affair for the ruling party across the country.

However, speaking with reporters Taofik Gani, the PDP’s pub­licity secretary, said while the party is not boycotting the election, PDP members are skeptical about investing their money because of the do-or-die politics in the APC, which according to him, was witnessed in the conduct of their primaries last Saturday.

Previous Bello-Koko: A Vision That Turned Around NPA By Olatunbosun Olupitan
Next Buhari Must Go: Nigerians Set To Stage Another Protest On June 12