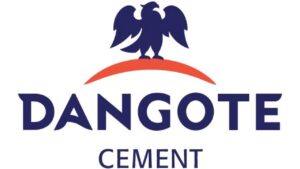 Dangote Cement, one of Nigeria’s largest indigenous companies and the largest by market capitalization incurred a company income tax of N97 billion for the financial year ended December 2020.

This s according to the information contained in its full-year audited financial statements for the period under review.

Dangote Cement has enjoyed Pioneer Status over the years and has often been criticized for not paying enough taxes despite its mega-profits.

The N97 billion incurred in 2020 is the highest company income tax reported by Dangote Cement since it became listed on the Nigerian Stock Exchange.

Tax incurred in the profit and loss statement is an accounting provision and is not always the actual tax paid in cash.

Putting it into context, the dividend paid during the year is N272 billion and interest payments to its creditors totals N48.2 billion.

Despite the Covid-19 Pandemic, the Cement Giant reported full-year revenue of N1 trillion, the highest it has ever recorded since it was privatized almost 20 years ago. The company also reported a profit before tax of N373.3 billion only and a profit after tax of N276 billion, its highest since 2018.

Nigeria like most countries in the world has faced a challenging 2020 due to the impact of Covid-19 on the economy, especially the private sector. However, mega-corporations like Dangote Cement appear to have even performed better during the year. The cement industry in general also appears to have performed well during the year as the combined revenue of the top 3, Dangote Cement, Lafarge, and BUA rose to N1.47 trillion from N1.28 trillion.

YOU MAY ALSO LIKE:   Mad Woman Burnt to Ashes after being Caught With 3 AK-47 Rifles in Badagry

The impressive result nonetheless, Dangote Cement’s margins remained strong during the year posting a gross profit margin of 57% in line with its 3-year averages. However, the higher taxes incurred in 2020 dropped profit margins to 26.7%. When compared to 2018 when it still enjoyed Pioneer status, the company posted profit margins of about 43%.