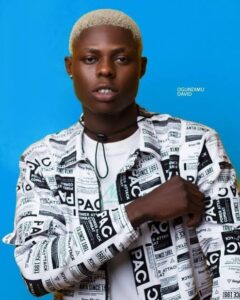 Popular Nigerian rapper, Ilerioluwa Oladimeji Aloba, professionally known as Mohbad, has been arrested in Cyprus.
The rapper disclosed this after he was stuck at the Cyprus Airport Prison.

He accused the promoter of a show of messing him up.

He further stated, “The show promoter fucked me up.”

The talented rapper who performed at some shows in the United Kingdom, arrived in Cyprus for a show before announcing he was arrested in the country.

Mohbad is signed under Naira Marley’s record label and caught the attention of music lovers with his hit single ‘Feel Good.’

In another development, Nigerian singer, Damini Ogulu, with the stage name Burna boy has gifted his fan a personal item.

The singer gave his LV belt to a young boy who sang his song “pree me” word for word during a live performance.

YOU MAY ALSO LIKE:   'Money! Nonsense, We Have Never Lacked it' - Bishop Oyedepo Finally Breaks Silence On Sack Of 40 Pastors

To show his appreciation for such outstanding dedication to his song Burna Boy gave the fan his belt.

Previous Anambra: Election In Ihiala LGA Holds Today From 10am To 4pm —INEC
Next Anambra Gov’ship election: “The Race Is over” – Soludo Boasts