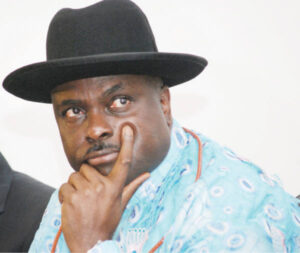 Attorney-General of the Federation and Minister of Justice, Abubakar Malami made the confirmation on Thursday.

His spokesman, Umar Gwandu, in a statement said the designated government was credited with the Naira equivalent on May 10.

Malami signed the Memorandum of Understanding for the repatriation of the Ibori loot on behalf of the federal government.

The AGF said the repatriation was in recognition of Nigeria’s reputation earned through management of recovered stolen public funds.

He pleaded guilty two months earlier, to conspiracy to launder funds, substantive counts of money laundering and one count of obtaining money transfer by deception and fraud.

YOU MAY ALSO LIKE:   Prophet Omale Slam 5bn Suits against Inept FCMB for EFCC Error

Judge Anthony Pitts told Southwark Crown Court in London in the light of other matters, aid Ibori’s loot “may be in excess of £200 million, it is difficult to tell”.

“James Ibori’s sentence sends a strong and important message to those who seek to use Britain as a refuge for their crimes”, said Andrew Mitchell, then UK International Development Secretary.