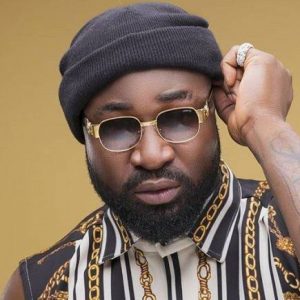 Popular Nigerian singer, Harrysong has stirred reaction online after claiming that a ‘runs girl’ has been threatening to release his s3xtape online.
Naija News had earlier reported that Harrysong in a post on his Instagram account noted that the incident happened between him and the lady six years ago.

He further stated that he had paid several times over the threat to release the tape online.

YOU MAY ALSO LIKE:   2023 Presidency: Dele Momodu Speaks On Joining Race

Harrysong called on the public to ignore the threat as he has tried all his best to calm the lady from releasing the video.

Some Nigerians in their reaction to Harry’s statement said the year 2022 is for leaking s3xtape.

While others claimed that the singer is using the incident as a stunt to release a new song.

See some reactions below:

Show us the receipt of your payment to her alaye!

2022 is now for sex tape no wahala na pic.twitter.com/uF1v2dd0fN

YOU MAY ALSO LIKE:   Polaris Bank announces New ‘Save & Win’ Promo, commits Millions of Naira in Prize Money to Nigerians

Be like 2022 and sex tapes leaking na 5 & 6 o… We’re waiting for your preferred style sha.. I guess it’s missionary because only one dude is a spiderman style specialist …