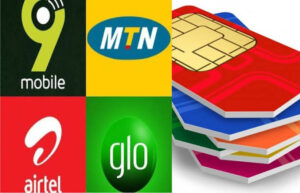 The Coalition of Southern and Middle Belt Youth Leaders Assembly, COSMBYLA, has asked the Federal Government to immediately direct the network providers to unbar Nigerians who are blocked for failing to link their lines with National Identification Number, NIN.

DAILY POST recalls that about 72 million Nigerians have been barred from making calls following a directive by the Minister of Communications and Digital Economy Dr. Isa Ali Pantami.

Reacting, COSMBYLA condemned the development, saying several Nigerians have been denied access to their businesses.

A statement by the President General of the coalition, Goodluck Ibem alleged that some officials of the National Identity Management Commission, NIMC responsible for generating NIN are extorting some network subscribers who want to reinstate their line

The groups also demanded the immediate resignation of the Minister of Communications and Digital Economy, Isa Pantami and the Chief Executive Officer of the National Identity Management Commission, NIMC, Aliyu Azeez Abubakar over the alleged plan to cut some Nigerians off from their various livelihood.

The statement reads in part, “Nigerians who depended on phone calls to feed their families can no longer do so because their lines have been barred from making outgoing calls.

The long queue in NIN registration centres makes it very difficult for Nigerians to get registered, resorting to demands of a bribe by the NIMC officials.

Now that the telecommunication companies have barred outgoing calls of all unlinked lines, these NIMC officials will use it as an ample opportunity to increase the extortion rate.

YOU MAY ALSO LIKE:   EndSARS Memorial: Don Jazzy, Others Call Out Sanwo-Olu As Police Assaults Uber Driver

It is so unfortunate that such a high-level fraud will be going on and the FG will look the other way as if nothing is happening, this tells of complicity on the part of the Federal government.

“We demand that the phone lines of Nigerians be unbarred immediately, NIMC Officials should stop extorting Nigerians”.