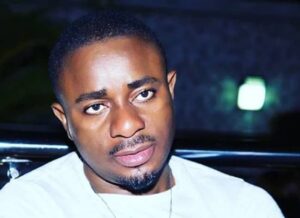 Veteran actor, Emeka Ike, has alleged that some leaders of Nollywood and officials of the Bank of Industry squandered the N3 billion provided by the administration of former President Goodluck Jonathan in 2013 for the Nigerian movie industry.

In March 2013, former President Goodluck Jonathan at a presidential dinner to celebrate the industry at 20, held at State House, Marina, Lagos announced a grant of N3 billion to help turnaround Nollywood.

The ex-president had said the package, to be launched as “Project Nollywood”, included grants for the best film scripts, a capacity development fund, and funds for supporting the industry’s infrastructure.”

Nollywood has seen growth in film production and sales in past years but remains heavily criticized for low content quality, poor infrastructure, and lack of capacity building.The industry had by then over 150 film producers.

But Speaking in an interview with THE WHISTLER , Ike aalleged that the N3 billion given by Jonathan was squandered, instead of using part of it to build structure for Nollywood.

“Where is that N3 billion? There’s no contact address for Nollywood. If you say I’m I’m in America and want to locate Nollywood, where are you going to go?

“They shared the money among people who are connected to them, and their governors’ recommended letters.

“The same corruption killing Nigeria came into the industry, and the real producers who were spending money were played out; the real actors that did what they had to do were tagged old Nollywood, and then this new Nollywood that has no experience is about to crash.”

He further noted that he had advised his colleagues to seek more support from the ex-governors of Lagos State, Babatunde Raji Fashola, SAN, and Bola Ahmed Tinubu who could have supported the industry by allocating land for Nollywood.

He said further, “So when I talk, they say Emeka Ike is being too whatever, what will I say? We got N3 billion and I say let us go to Fashola, the man is crazy for technology and development, with this N3 billion let’s not touch it.

“Let’s tell him, sir, we got N3 billion from FG and we want to set up a mega movie city in Lagos State to house us for ages, give us land, give us an extra N3 billion, and he might even add an extra N2 billion to us because they’re development crazy, Fashola and Tinubu I know.

“If we’re given a huge hectare of land to develop, then we look it out and share the money between the arms of the industry, not individuals, that was what I said.

“You don’t share the money among bankers, you share it among structures that can distribute it and make it have a residue; I mean people down to the grassroots, bodies like AGN (Actors Guild of Nigeria) should be given like half a billion, bodies like the marketers that were producing the movies should be given like half a billion, we just spent N1 billion out of the N3 billion.

“We have free land, bodies like the Yoruba movie makers, Hausa movie makers, and the Igbo movie makers should be given like N200 million each to go set up their departments, all on the project land.

“By the time we finish investing this money, we will have a structure. The banks will come in, other infrastructure will be there. We have theaters, the AGN with their N500 million can build apartments, build rehearsal places, and buy cameras.”

He said a friend called him from the United States of Americaasking to visit Nollywood. “But where’s the contact address of Nollywood”?

“That’s just telling you that we’ve been in a hollow, it keeps getting worse and the government is not helping because they don’t understand what we do, all they care about is the revenue that comes out of it and the monies they can make from the people that are playing these games and whatever.

“So, the maximum GDP that Nollywood can give to Nollywood is just a few efforts from a few people, and it’s no more going around as it should be, so it’s a sad story.”

The actor also blamed the government for the way the BOI fundwas disbursed.

“We need to know who got what, what did they do with it,” he asked.

YOU MAY ALSO LIKE:   Merry & Mobile Season with the New Ecobank Mobile App

Ike, who spoke in obvious anger, suggested that the N3 billion was squandered by those who accessed it on “bringing Hollywood and Bollywood” to Nigeria.

“Nollywood is an African product. Genevieve is a Ph.D. holder, Ramsey is a professor, and Emeka is a doctorate, we break it down.

“How many people are acting based on Genevieve’s reflection today? How many young guys are acting like Emeka Ike today?

“These are the understudies we need to put in so that people can understand our acting tendencies in movie making, not bringing someone from America to come and start teaching me with a bigger ascent on what movie making is all about.”

When THE WHISTLER contacted the National President, Actors Guild of Nigeria, Emeka Rollas, he said, “Nollywood is not a body, it’s just an acronym that somebody named. Every other association in Nollywood has a physical address.

Emeka Rollas
“Also, I was not the president of the AGN when N3 billion was given to Nollywood, so I cannot particularly begin to say how the money was used or how right it wasn’t used.

“People who were leaders at that time must have had their ideas and worked according to their ideas. If they used their initiative and it didn’t materialize nobody should be blamed much because all the initiatives that Nigeria has been using in the last 50 years none has ever worked and nobody has killed anybody, so Nollywood’s own shouldn’t be an exception.”