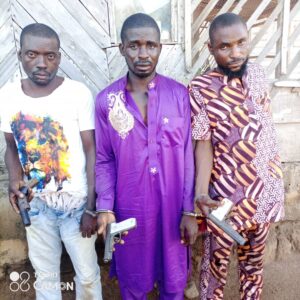 It would be recalled that Family members of the Oniraniken, Sagamu, Ogun State, have disagreed with the traditional ruler over his alleged claim that a disputed farmland around Okerala, Simawa area of Sagamu, measuring 4,000 hectares, was an inheritance from his forebears.

While some residents have fled the areas for safety, others who have no place to go were forced to live in fear.

However, a source has confirmed to our reporter that the monarch takes pleasure in unleashing mayhem on these communities simply because of a bogus court verdict in his possession.

“The usual way of land grabbers hoax is to divide themselves into two; to represent two families in court, and they always attend every court proceeding without the consent or knowledge of the main family they took to court; whereas the inhabitants of those areas he said he got judgment were not even informed about any court case”. This is how Oniraniken, Oba Adewale Adeniji and his cohorts got their supposed 1,000 hectares of land, but duplicitously translated the verdict to be 4,000 hectares; and then started confiscating other people’s land”.

‘In quest for justice, Indigenes of the community staged a peaceful protest to the Governor’s Office, also to Akarigbo of Remo and some other significant quarters.’

Our source said: “The court ambiguity gave the monarch a fortuitous audacity to take laws into his own hands. He started giving some mobsters weaponries and other dangerous objects to terrorize and sack the people from their farmland. Using land grabbers to forcefully take over about 4,000 hectares of farmland belonging to 14 Makun communities”.

YOU MAY ALSO LIKE:   NYSC Announce Changes On Graduation Certificate – To Start With 2021 Batch ‘A’

When our reporter visited the region, some of the residents shared their ugly experiences in the hands of the hoodlums even as they made it clear that their lives is no longer safe as kidnappings, robberies and other heinous attacks are main areas of focus for these criminals just to force them vacate the community belonging to them.

On receiving an intelligence report, special strike force from the office of Inspector General of Police came to rescue and apprehended three of the gunmen who allegedly took part in the ill-fated land grabbing exercise at Oke Rala village, Simawa area of Sagamu, Ogun state.

The Police force special squad said: “It received distress calls from residents of Shimawa over killings, kidnapping, banditry and armed robbery which made them swing into action. During the operation, One locally-made pistol, two caliber pistols, several live cartridges and expended cartridges were recovered from the land grabbers while others are at large”.

YOU MAY ALSO LIKE:   Show of shame as two ladies fights dirty on street over a man they met at the shopping mall

The three suspects arrested are Afeez Sunday; 41yrs old “m” of Ikorodu LGA, Surajudeem Isiaka; 33yrs old “m” of Ikorodu, and one Muranikeji Ogunkeye; 32yrs old “m” of Lagos state. They have since on Thursday whisked away to Abuja by the special force for questioning. Their alleged sponsor, Oba Adewale Adeniji was also declared wanted by the Police force after searching his palace but noticed the troublemaker had absconded. 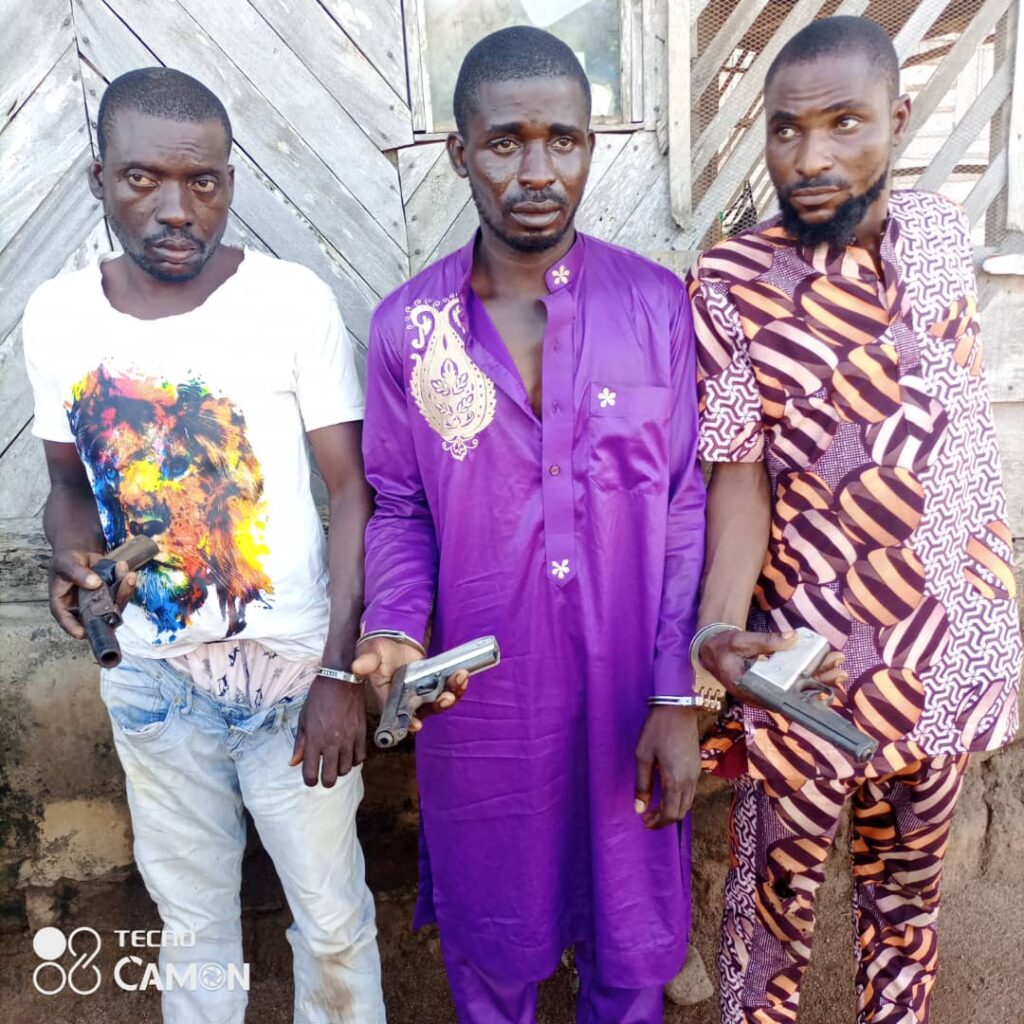