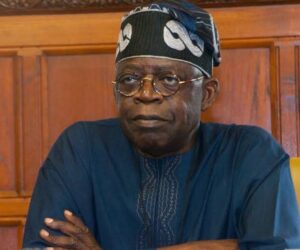 Society gazette reports that hundreds of APC members have kicked against the supremacy of APC National leader, Bola Ahmed Tinubu in an anthem shared on the social media.

In a video obtained by TRIXX NG on Dele Momodu’s instagram page, the members were seen in an event singing against the leadership style of the astute politician, making it known that the party belongs to everyone and not just him alone. In the song, they also pointed out the fact that godfatherism which has to do with Tinubu making decisions that must be followed has to end.

This according to Dele Momodu is being championed by one Mr Jide Adediran, a politician who hopes to become the next governor of Lagos state.

Mr Jide Adeniran popular called Jandor has also been pushing the Lagos4Lagos agenda which means anyone that wants to become the governor of Lagos state must be an indigene of the state, and not an imported candidate.