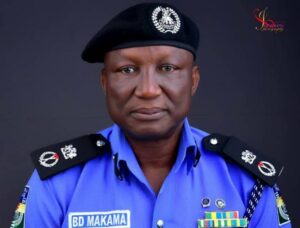 Suspected Fulani herdsmen have abducted three persons, including a pregnant woman, and demanded N10m ransom for each of them.

The victims were reportedly kidnapped on Sunday along the Igbo-Ora-Sokoto Road while going to visit their friend in Rounda, in the Abeokuta-North Local Government Area of Ogun State.

A source close to one of the victims told our correspondent that the kidnappers laid ambush for the victims around the area, known as Karigo.

The source said among the victims was a woman with eight months’ pregnancy.

He said the kidnappers reached out to the family members of the victims two days after and demanded N10m from each of them.

While narrating the incident, the source said the residents were five that embarked on the short trip, but two escaped from the kidnappers.

“The victims went to greet someone at Karigo Bus-stop at Rounda.

YOU MAY ALSO LIKE:   Buhari Appoints Jega, Udoma, Others As Governing Council Chairmen

“The road was bad and so they parked their vehicle somewhere in the area and headed to their destination on foot.

“The two persons that escaped said the kidnappers were Fulani herdsmen, known as Bororos; the husband of the pregnant woman escaped,” he added.

Oyeyemi, however, described the victims as worshippers who went into the forest for a special prayer before they were abducted.

He said, “Since that very day, our people have been on their trail. Our tactical team has been trying to rescue them.

“But our people should also be careful; they should stop organising ‘prayer mountain’ inside the forest.

YOU MAY ALSO LIKE:   Fani-Kayode Could Not Perform In Bed For Six Years - Precious Chikwendu Reveals

“This is not the best time to be doing that. We also want to warn our people that if they are coming from a journey and their car breaks down in an isolated area, they should leave that place and go to the nearest police station in that area to inform them so that the police will stay with them pending the time that they would finish repairing the vehicle.

“So, if a vehicle breaks down in an isolated area and you are standing by that vehicle, you are making yourself an easy prey for kidnappers, especially all those areas where we have thick forests.”

Family begs as kidnappers demand N5m for 68-year-old Rivers victim
In a related development, the family of a 68-year-old retired civil servant, Tamunokro Ibisikiminapaka, from Kaliama in the Okrika Local Government Area of Rivers State, has appealed to his kidnappers to release him unconditionally.

Ibisikiminapaka was abducted in the wee hours of Wednesday, September 15, 2021, when some gunmen broke into his residence in Borikiri, Port Harcourt, and whisked him away to an unknown destination.

Speaking to journalists in Port Harcourt, one of his children, Osimiepreye Kalio, said the kidnappers had contacted the family and demanded N5m to free him.

While pleading for his release, she said her father had health challenges, including diabetes, which needed regular checks and medication.

In an emotion-laden voice, Kalio said the incident had devastated the family, especially as they had not heard from him or the kidnappers for the past three days.

“Please release him so that he can come back to us. We are pleading,” she added. ,,