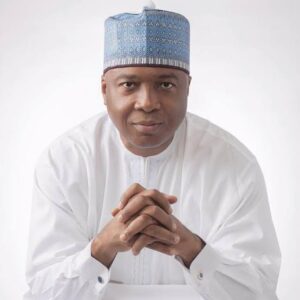 FORMER Senate President, Bukola Saraki, has said the Peoples Democratic Party is now prepared and ready to reclaim its mandate from the All Progrssives Congress come 2023.

Saraki said this at the Kwara State Congress of PDP held at the Atlantic Event centre, Ilorin, on Saturday. He told party members to go and prepare to win the 2023 elections.

He said, “As soon as you leave this venue work should begin. The peaceful conduct of this Congress has confirmed to me that we are indeed ready to take back power in Kwara.”

Members of the new state party executive were elected via consensus. At the end of the exercise, a former Speaker, Kwara State House of Assembly, Alhaji Babatunde Mohammed, emerged as the chairman.

In his acceptance speech, the new chairman said, “We will start work from the grassroots and work our walk our way up. We will use the next local government to tell Kwara people that we are back.”