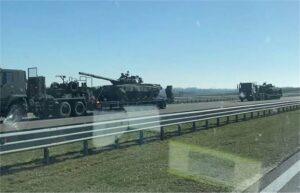 Poland has sent reinforcements to Ukraine despite earlier warnings from Russia.

The country has supplied their neighbours with equipment, such as dozens of infantry fighting vehicles and the 2S1 Carnation self-propelled howitzers, drones, Grad multiple rocket launchers and Piorun (Thunderbolt) man-portable air defense systems.

The report said that Poland has so far provided military equipment worth $1.6 billion to Ukraine.

This move, however, is against Russia’s earlier warning that any country, especially in the European Union that provides lethal weapons to Ukraine during the ongoing war, would face the consequences.