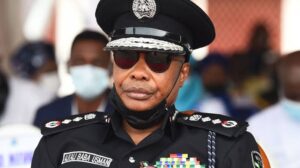 The Inspector-General of Police, IGP Usman Alkali Baba has ordered the review of police personnel and operational assets deployments to schools and colleges around the country.

Naija News reports that this is to ensure the protection of schools and colleges, particularly boarding schools, tertiary institutions, and its campuses in areas prone to security breaches around the country.

This was made known in a statement on Tuesday by Force Public Relations Officer, Olumuyiwa Adejobi.

According to the police spokesperson, the directive was issued at the management meeting of the Force Management Team at the IGP Conference Hall, Force Headquarters, Abuja, on 19th April, 2022, while reviewing the general security in the country including the security of schools and colleges as a result of some isolated incidences reported in some schools.

IGP Alkali Baba equally directed all State Commissioners of Police, Tactical Commanders, as well as their supervising Assistant Inspectors-General of Police (AIGs), to explore all available options and think outside the box to boost security in and around schools, colleges, and student-based communities.

The IGP asked the Police Airwing to extend its aerial patrols to the six geo-political zones of the country.

Baba assured that all hands will be on deck to ensure a safe environment for all pupils and students in the various schools and colleges of learning within the country.

YOU MAY ALSO LIKE:   Oyeyemi And Modernisation Of FRSC: An Overview Of Anti Corruption Campaigns By Bisi Kazeem

He further reiterated the commitment of his administration to diversifying resources towards sustainable security and safety of all and sundry in Nigeria.