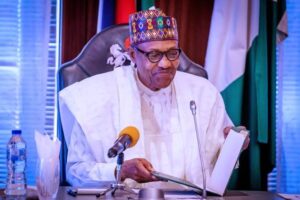 He stated that the Buhari-led administration has also sacked the chief executive officers of the three agencies.

YOU MAY ALSO LIKE:   Abba Kyari: ‘No Difference Between Hushpuppi, Buhari, Tinubu’ – Reno Omokri

According to the minister, the passage of the Petroleum Industry Act, the NPRA and NURC had taken over the functions of the DPR, PPPRA and PEF.

On the DPR’s fate following the inauguration of the board of NURC, Sylva said, “It is now a matter of law.

“The law states that all the assets and even the staff of the DPR are to be invested on the commission and also in the authority. So that means the DPR doesn’t exist anymore.

Speaking on what would happen to their CEOs, he said, “The law also provides for the staff and the jobs in those agencies to be protected.

“But I’m sure that that doesn’t cover, unfortunately, the chief executives, who were on political appointments.”

YOU MAY ALSO LIKE:   Anambra Election: President Buhari Reacts To Soludo’s Victory

“The authority has its staff coming from the defunct PEF, PPPRA and DPR. The commission has staff coming over from DPR and the process is going on for the next few weeks,” he said.

YOU MAY ALSO LIKE:   Rising insecurity: Lawmakers send message to Buhari, tells FG what to do
Buhari 2021-10-19
Oluwasegun Adesuyi
Share