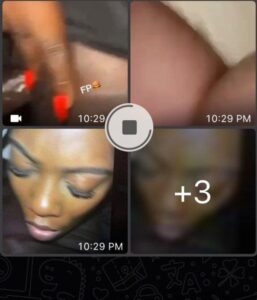 In a video making rounds, Speed explained that nobody blackmailed her but she did it herself so she can stay relevant.

He further mentioned that no one is willing to blackmail the female artiste but her quest to stay relevant on the internet is what led her to releasing the video herself.

It would be recalled that the internet was abuzz last week when the s*x tape went viral. It was immediately followed by reactions from several individuals including celebrities. 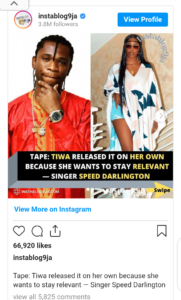 Previous I am Not Certain If I will Ever Get Married, Burna Boy Reveals
Next We’re regulating Nigerian social media to prevent World War Three: Lai Mohammed