Home / cover / Sanusi Finally Reveals Why He Was Sacked As CBN Governor, Emir Of Kano

Sanusi Finally Reveals Why He Was Sacked As CBN Governor, Emir Of Kano 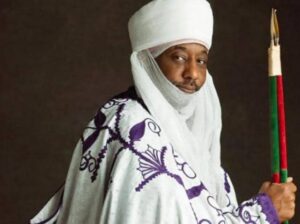 Former Emir of Kano, Mohammadu Sanusi has explained why he was sacked from his position as Central Bank of Nigeria (CBN) governor and Emir of Kano.

Sanusi disclosed this while speaking at the closing ceremony of the AIG Public Leadership Programme Class of 2021, in Abuja, yesterday.

The former CBN governor explained that his attitude of speaking the truth to those in power cost him his positions.

YOU MAY ALSO LIKE:   Evil Forces Are behind Misfortunes plaguing Buhari’s Government – Femi Adesina

According to Sanusi, he has “always stood to speak the truth to power, the reason I was removed as CBN governor and Emir of Kano, but that did not stop me from doing what I see as the right thing.”

He lamented that Civil Servants have traded their conscience for personal gains.

YOU MAY ALSO LIKE:   Ecobank To Pay Customers N5 For Every Dollar Received

Stressing that civil servants no longer perform their duties creditably, Sanusi said: “over 80 per cent of them have lost their conscience for personal gains.”

He disclosed that having partnered with the University of Oxford’s Blavatnik School of Government, the foundation drew top executives as beneficiaries from across Ministries, Departments and Agencies (MDAs).