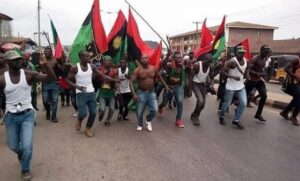 Following the “sit-at-home” order issued by IPOB (Indigenous People of Biafra) on Monday (May 31, 2021), private and missionary schools in Southeast have declared an emergency holiday.

According to some reports, some reisdents in Owerri and environs are also in panic over the order given by IPOB.

While some schools were shut down till Tuesday next week, others gave their pupils one week holiday at home.

A message from schools run by the Catholic Archdiocese of Owerri asked parents to keep their children at home from Thursday, May 27, to Tuesday, June 1, 2021.

But Imo State Government have asked people to ignore the IPOB’s sit-at-home order.

The state Commissioner for Information and Strategy, Declan Emelumba said that the state government have the capacity to enforce law and order during the period.