Ramadan fasting month was relatively made easy for many in Lagos because Seyi and Layal Tinubu founded Noella Foundation in partnership with Bolajoko Fadipe owned Food Clique and BUA group are doing a wonderful job. The team is helping in no small way the their collaboration which has gone a long way in reducing the impact of the hardship in town on those fasting by lessening the burden of looking for what to break with on faithfuls by providing free daily Iftar meals (the evening meal with which Muslims end daily Ramadan fast at sunset) at selected locations across the State. 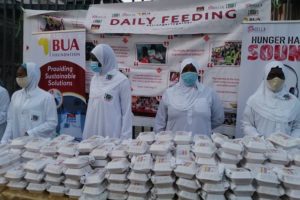 The idea which was announced by Noella Foundation in partnership with Food Clique at the beginning of the fast was later supported by Abdul-Samad Rabiu owned BUA Group is currently at the last count feeding over 6,000 faithful who are likely to have been finding it difficult to conveniently provide both Sahur (the meal consumed daily early in the morning by Muslims before fasting, during the Islamic month of Ramadan. The meal is eaten before fajr prayer) and Iftar because of the effect of COVID-19 forced lockdown on individuals’ economy.

YOU MAY ALSO LIKE:   IPOB Reveals Those Allegedly Behind Deadly Owo Massacre

At the moment processed daily Iftar meals being distributed by the team is in excess of 6,000 in different locations across Lagos State. This is also not stopping the continuous distribution of the COVID-19 Emergency FoodBox Initiative support which is to give palliatives to those who are finding it difficult during the Corona Virus forced lockdown and are still not on the list of essential service providers the later partial lockdown opening order of the government granted right to go back to work. They have till date been able to give more than 700,000 meals to more than 23,000 persons across the State.

It is also important to know that Noella Foundation’s relationship with Food Clique has been dated back to late 2018 when the Bolajoko Fadipe owned NGO won Seyi Tinubu’s Christmas Cash Prize giveaway for their effort towards eradicating hunger and they has since then work together on several activities long before their recent one on the Covid-19 ordered lockdown which has increased the numbers of residents of Lagos State exposed to the pang of hunger. The team had worked and likely still working together on the monthly community kitchen project. The idea which will see their team visit various communities in Lagos State every last Saturday of the month to erect a their kitchen where they feeds the needy in the area good, sumptuous and nutritious food in hygiene and clean environments.

The daily Iftar meal project is however a month specialized project aimed to cushion the effect of the economic hardship caused by the outbreak of the pandemic on the fasting faithful during this Ramadan period and it is currently restricted to people in Èbúté Mẹtta, Oshodi, Surulere, Awoyokun community of Onipanu, Onikoyi Road Ikoyi, and Parkview, with the possibility of extending it to other areas before the fasting ends. 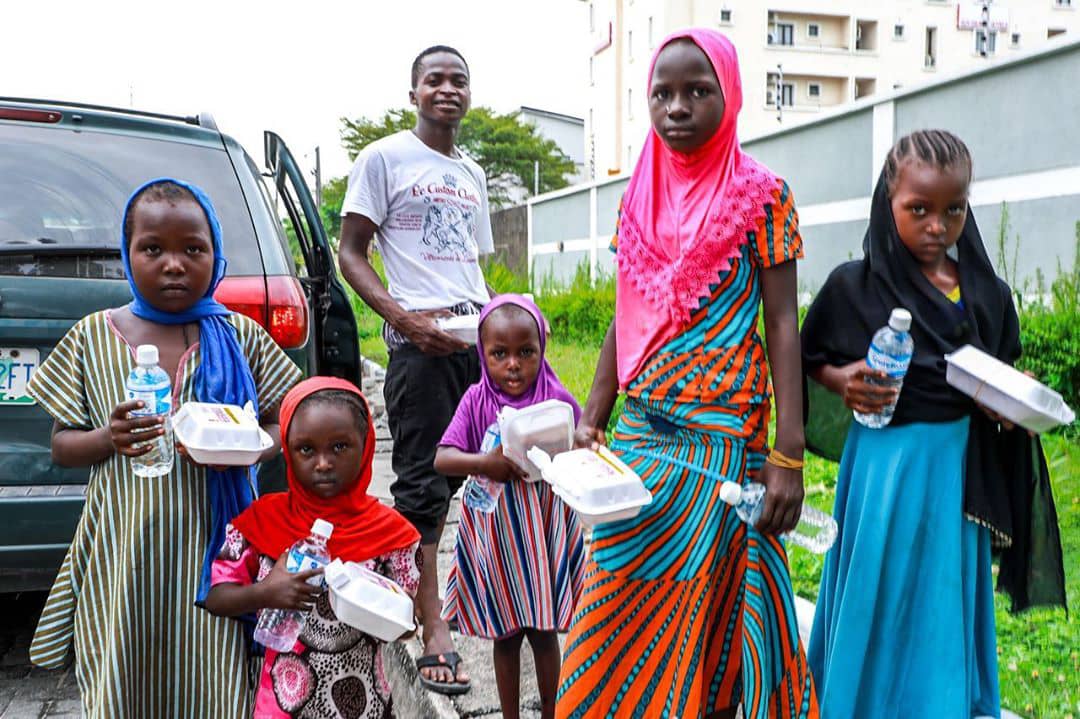 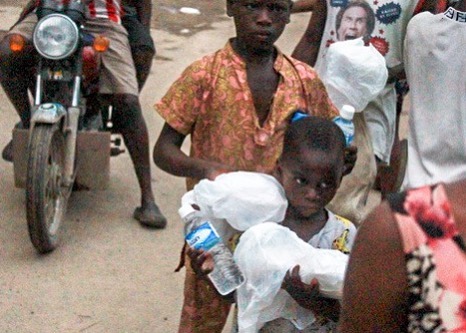 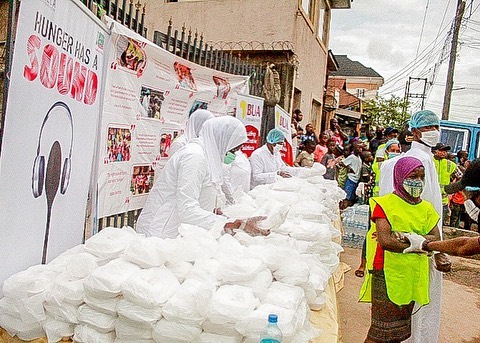 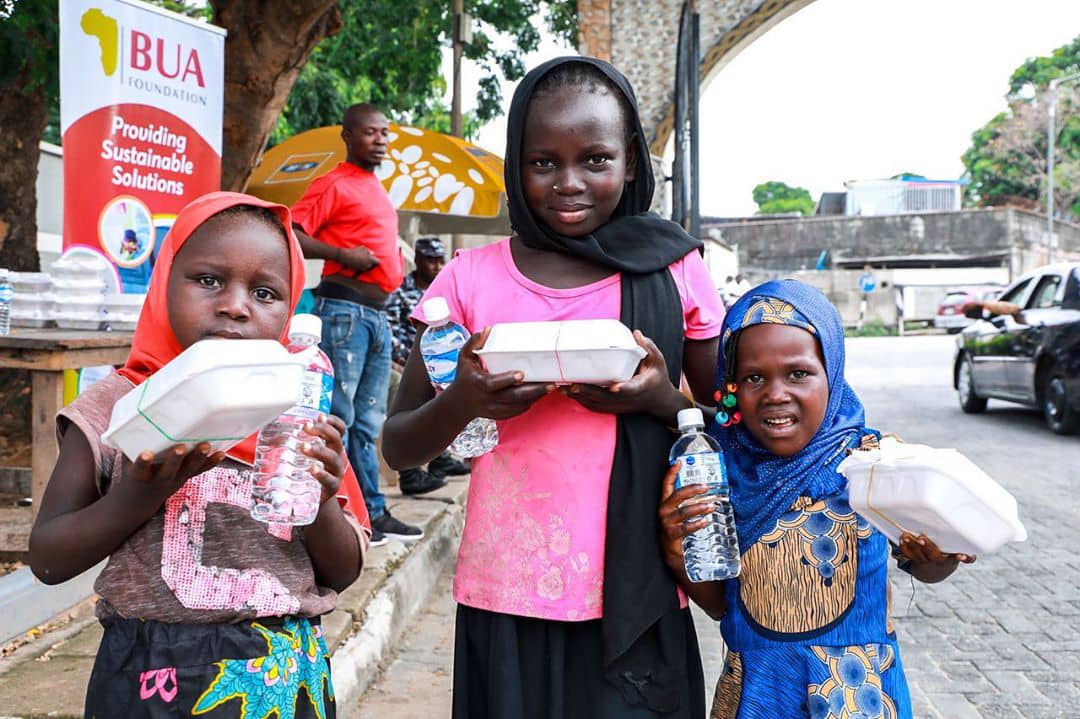 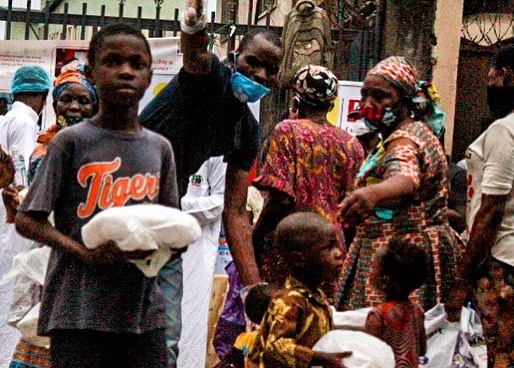 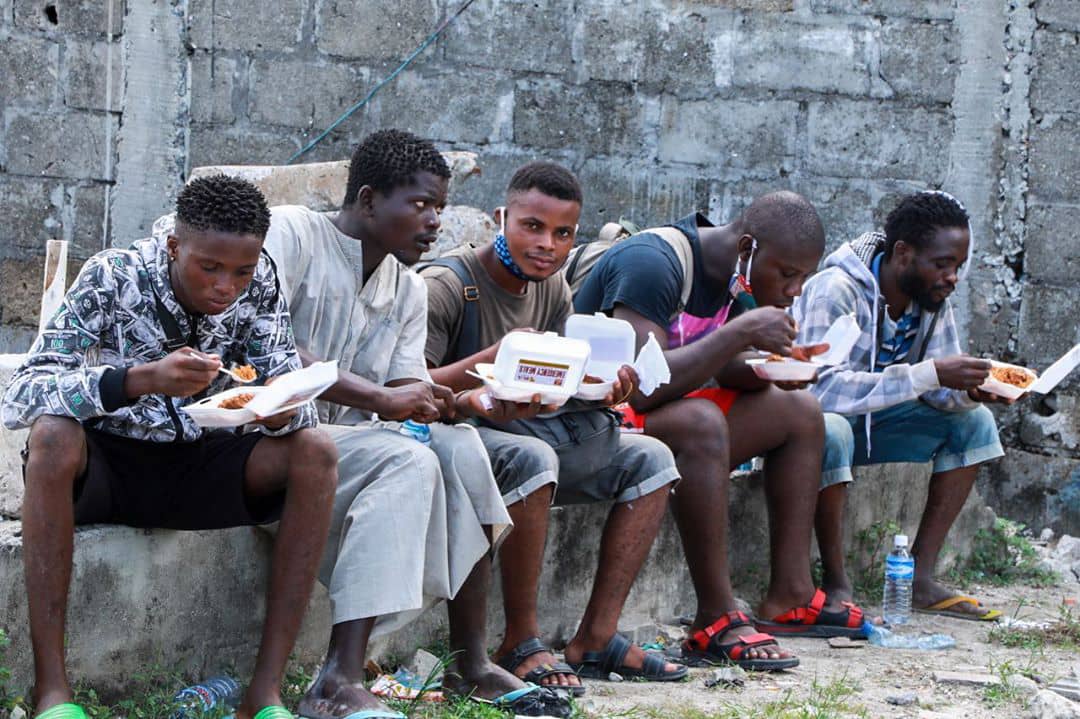