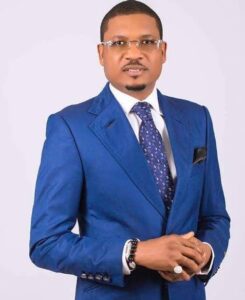 The Nigeria Security and Civil Defence Corps, NSCDC, has allegedly withdrawn its personnel attached to Shina Peller after he called for the dissolution and merger of the corps with the Nigeria Police Force.
The withdrawal is coming after Peller, who represents lseyin/ltesiwaju/ Kajola/lwajowa Federal Constituency in Oyo State at the House of Representatives, proposed the bill via National Security And Civil Defence Corps (Repeal and Transition) Bill 2022, which passed the first reading on Tuesday.

The bill seeks to develop regulations and implement procedures for the transfer of assets and personnel of the Corps to the Nigeria Police Force.

Also, the bill will ensure the establishment of a transition management committee to oversee the security agency before its collapse into the Police

Speaking on the floor of the House on Tuesday, Peller said he sponsored the bill in order to address the fragmentation of security resources across multiple competing agencies in the country.

While noting that the multiplicity of security agencies is counterproductive and a waste of scarce resources, Peller urged the Green Chamber to ensure the successful passage of the proposed legislation.

Peller noted that the functions of the NSCDC have become a duplication of the police and has led to avoidable conflicts, adding that the duties of the NSCDC are being performed by the police.

He, however, assured Nigerians that no hob will be lost as a result of the scrapping of the agency, noting that assets and personnel of the agency will be absorbed into the police.