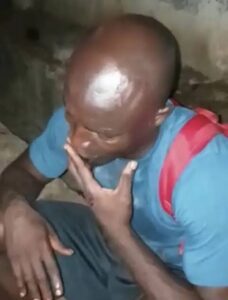 The soldiers who assaulted and injured some players of Shooting Stars Sports Club (3SC) of Ibadan
have apologised to the players and the management of the Oluyole Warriors over the unfortunate incident.

The Media Officer of the 3SC, Tosin Omojola, said this in a statement on Thursday.

Ebenezer Odeyemi, Sochima Elum, Chimamkpa Onwubuche and Adekunle Adeniyi were on Tuesday night assaulted by some soldiers while eating at a cafeteria near the club’s camp at Idishin, Jericho, Ibadan.

While the trio of Sochima, Chimamkpa and Adeniyi luckily escaped, the military officers went hard on Odeyemi, who was unable to escape, having fell down while trying to run away like his colleagues.

On getting wind of the incident, the management of the Ibadan team took up the matter to officially make a report and also find out what led to the assault.

“When the ugly incident got to our notice, we took the lawful step to find out what really transpired between the soldiers in question and some of our players, in which one of them (Ebenezer Odeyemi) was beaten up.

“In response, they (the soldiers) gave their own side of the story, explaining what happened and then tendered their apologies over the incident, which they said was not deliberate.

“The soldiers involved said they were on patrol, having being drafted to the area as a security measures to put under the check the activities of some notorious gangs who have been terrorising residents of the area for some time,” the statement read in part.

The residents had arranged for the soldiers to beef up security in the area and it was one of their routine checks that led to the incident.

The statement further said that while patrolling, they ( soldiers) saw the four players at the spot and having initially passed, they decided to turn back, to find out who they were and what their mission at that spot was.

He added that on seeing them (soldiers) heading towards their direction, the players, out of fear, took to their heels, thus giving the soldiers impression that they (the players) were up to something.

While three others succeded in running away, Odeyemi was not that lucky as the soldiers caught him and pounced on him, suspecting that he and his fleeing colleagues were part of those wrecking havoc in the area, not knowing that they were footballers.

YOU MAY ALSO LIKE:   Unknown Gunmen Invades RCCG Church In Lagos, Kill Pastor

Odeyemi was said to have had a cut on his face as well as on his toes and a swollen ankle. The injuries will rule him out of the home match of the team this weekend.