Home / cover / Sowore was not shot by our officers, they only restored calm at unity foundation – FCT Police

Sowore was not shot by our officers, they only restored calm at unity foundation – FCT Police 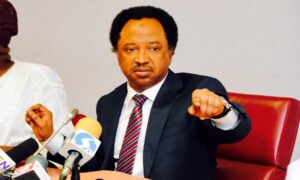 The FCT police command has reacted to information making the rounds that #RevolutionNow convener and former presidential candidate in the 2019 elections, Omoyele Sowore was shot by one of its officers a few hours ago during a protest in the nation’s capital, Abuja.

This was disclosed in a statement by the police public relations officer of the Command ASP Mariam Yusuf.

The police noted that contrary to the speculation, all the officers that were assigned to the location were professional in their conduct as they restored calm at the Unity Fountain after a group of protesters had attempted to incite a public disturbance.

The statement further mentioned that Sowore and his group had gone on a rampage and were resisted by the police officers who acted in a bid to prevent them from causing a breakdown of law and order.