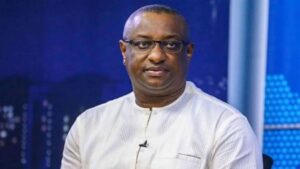 The Minister of State for Labour and Employment, Festus Keyamo has accused the Academic Staff Union of Universities (ASUU) of being unrealistic with their demands.

He stated on Friday that the government can’t borrow money to pay the striking members of ASUU amidst cash shortages when other sectors of the economy also need attention.

According to Keyamo, ASUU should be begged to shelf their strike so the members can return to work, students can resume studies and the nation’s public universities can be re-opened.

Naija News reports he made the call on during an appearance on Channels Television’s Politics Today.

In his words, “Should we go and borrow to pay N1.2 trillion yearly?

“You cannot allow one sector of the economy to hold you by the jugular and then blackmail you to go and borrow N1.2 trillion for overheads when our total income would be about N6.1 trillion. And you have roads to build, health centres to build, other sectors to take care of.”

The Minister said all concerned persons should appeal to ASUU to in the spirit of national interest, reconsider their stand.

“Like the President said the other time, those who know them, appeal to their sense of patriotism,” he said.

YOU MAY ALSO LIKE:   Iran resumes commercial flights to Afghanistan

Naija News reports ASUU has been on strike since February 14, 2022, and has vowed not to resume until the federal government meets their demands.

Some of their demands include improved welfare for lecturers, revitalisation fund for public universities, implementation of the 2009 agreement, and dropping the Integrated Payroll and Personnel Information System (IPPIS) for the University Transparency and Accountability Solution (UTAS).