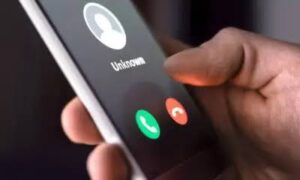 Telecommunication subscribers are expressing their displeasure over the new Federal Government directive to impose a tax on telephone calls in the nation to fund free health care for the vulnerable.

According to the National Health Insurance Authority Bill 2021 signed by the President, Muhammadu Buhari weeks back notes that the new telecom tax in the equivalent of a minimum of one kobo per second for phone calls is a part of the sources of funds required to finance free healthcare for the Vulnerable Group in Nigeria.

A report by the Nigerian Communications Commission revealed that Nigerians in 2020 made 150.83 billion minutes of calls. This translates to 9.05 trillion seconds of calls, meaning the new tax will generate 9.05 trillion kobo, which converts to N90.49bn, yearly.

This new tax is coming despite moves by telecom companies to increase the price of calls, SMS, and data by 40 per cent as a result of an unfavorable operating environment.

According to the new Act, every resident in Nigeria is expected to obtain health insurance.

However, telecom subscribers under the aegis of National Association of Telecoms Subscribers, have said they will reject this new move by the government.

The President of the association, Adeolu Ogunbanjo, said, “It is quite unfortunate that the government is viewing telecoms as a cash cow. We are saying. There is a lot of corruption in the system, and rather than curb that they want to focus on the telecoms sector.

YOU MAY ALSO LIKE:   BREAKING: How IGP rejected Panel Report on Abba Kyari

“What do they mean by vulnerable? Vulnerable people in the nation are probably about 80 per cent of the population, we are all vulnerable. What has happened to the health budget? Why should it touch telecoms again? The government should look elsewhere for money. This new action is only likely to impoverish more Nigerians and they are masquerading as helping the vulnerable. This is not right.”

Recently, telecom companies wrote to the Federal Government, through the Nigerian Communications Commission, on the worsening conditions of the industry.

According to a source at the Association of Licensed Telecommunication Operators of Nigeria, telecom companies cannot reject a directive of the government. The source said subscribers would pay more for calls once the tax is implemented.

He added that the NCC and ALTON would meet this week in order to discuss the issues disturbing the industry.

He said, “We are aware of the tax. We had been told before. It is the subscribers that would have to pay for this. This means subscribers will pay more for this service. Telcos cannot say no to this. It is a government directive; we can’t resist the government. I can’t say more about it.

“We are having a leadership summit with the NCC this week and we would discuss some of these issues with the NCC. Presently, telcos are paying more than 36 taxes. This is a law; we cannot reverse it. The president has signed it and before it can be changed, it must go back to the National Assembly.

“Also, we cannot give an implementation date, the government is to tell us that.”