Singer 2Face Idibia visits Sound Sultan’s graveside in the US 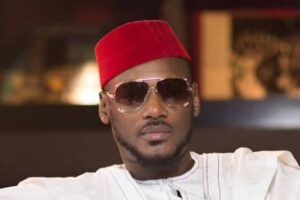 Sharing the video on his Instagram page on Monday morning, 2Face wrote that he went to pay his respect to Sound Sultan.

YOU MAY ALSO LIKE:   ‘God Knows I Have Been Patient Enough' – Annie Idibia Says As She Finally Breaks Up with TuFace For Sleeping With Ex-Girlfriend

He was accompanied by media personality Emmanuel Ugolee and two others.

Sound Sultan passed away on July 11 last year after a long battle with the Angioimmunoblastic T-cell lymphoma (AITL), a rare form of non-Hodgkin lymphoma (throat cancer)

He was buried on the same day according to Islamic injunction.