Home / cover / THE RISE AND SHAME OF THE VLOGGER MAUREEN BADEJO

THE RISE AND SHAME OF THE VLOGGER MAUREEN BADEJO 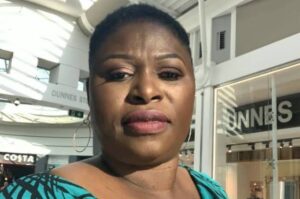 It only takes time for the evil practiced in the secret to reveal itself. FOR MORE THAN A YEAR, the self-acclaimed vlogger Maureen Badejo came out on her social media platforms, according to her to take on the mountain of fire and miracles ministries as well as the general overseer of the ministry Dr. D.K Olukoya, to wrongly castigate, abuse and accuse the general overseer and some other ministers of the ministry of different practices that were not true.

Maureen did create a VERY BAD INTERNET ATMOSPHERE FOR YOUNG BELIEVERS, AND A NEGATIVE NOTION ABOUT CHRISTIANDOM, and many who are undiscerning almost believed her , she laid claims to different kind of unfounded stories , creating fake call in scenarios to her live streams on YouTube and other social media platforms , conniving with pastors and minister that were either expelled from MFM or suspended for one atrocity or the other on matters unfounded , putting up different allegations against the general overseer of the ministry, to the extent of dragging the wife and son on social media over an unspeakable topic.

YOU MAY ALSO LIKE:   JUST IN: Panic as robbers attack bullion van in Ibadan

This woman must have caused so much pains and distractions to the members of that ministry, but little did she know that the old saying, every day for the thief and one day for the owner, was written for people like her.

When I decided to follow up this story, I warned Maureen that she was walking into a fiery furnace that will consume her and her entire establishment, because I knew from the very beginning that all she was after was money and views and I sensed that she was using a script put together by wrong people , but no she decided to dance at the gate of fire, the very wrong one for that matter, instead of her to listen to my advice, rather she turned around to do a program about me and abused me, called me all sort of despicable names.

Today I am happy, very very happy to announce to you that Maureen Badejo has been sued and judgment has been passed
SHE IS TO RENOUNCE ALL THE ALLEGATIONS SHE MADE AGAINST DR DK OLUKOYA AND TENDER AN APOLOGY FOR TEN DAYS ON ALL HER SOCIAL MEDIA PLATFORMS AND TO PAY THE SUM OF 100,000 POUNDS to Dr. D.K Olukoya and the wife.

Please my people kindly follow this link https://www.facebook.com/watch/maureenbadejosblog/ so you can witness the shame and disgrace of a liar and ONE WHO DECIDED TO FIGHT AGAINST ONE WHOM GOD HAS BLESSED IN TOTAL today will be the fourth day that she will be adhering to the judgment passed by the QUEENS BENCH HIGH COURT UK, after ranting on her FACEBOOK LIVE SHOW that she won’t do it BUT INDEED SHE IS AFRAID TO GO TO PRISON.

Obviously she enjoyed a thunderous fan base and a fatter bank account within those periods but today she has become a beggar, setting up go fund me accounts at the slightest opportunity, to settle her debts and law suits.

Those callers and viewers that were supporting her, cheering her, and clapping for her folly and stupidity are nowhere to be found, please don’t forget to click on the link and watch her show of shame and there is more to come.

YOU MAY ALSO LIKE:   How APC rigged 2019 election – Babangida’s spokesperson

FEMI OYEWALE we will always stand for the truth.

Tags THE RISE AND SHAME OF THE VLOGGER MAUREEN BADEJO