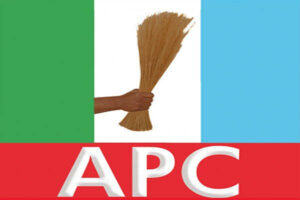 There was serious drama on Wednesday at the headquarters of the All Progressives Congress after a parcel containing $75,000 was stolen.
According to reports, the cash was stolen while members of the party were struggling to gain access to the secretariat of the party.

The ruling party started sale of nomination forms on Tuesday which has seen aspirants storm the party headquarters to purchase their form.

YOU MAY ALSO LIKE:   “The Entrepreneurship Journey Entails Hard work, Discipline and Sacrifice”, Elumelu Says to Cape Verdean Entrepreneurs

It was gathered that canopies were set up in the premises of the secretariat due to the ongoing renovation.

However, the canopy where the forms were sold was abruptly disassembled without explanation during the incident.

Meanwhile, The PUNCH reports that the stolen funds at the party secretariat has no connection to the proceeds from the sale of nomination and expression of interest forms.

Political aspirants in the party have been directed to deposit funds in the allocated account numbers before proceeding to pick up their forms at Buhari House.

An eyewitness said, “It’s actually $75,000. You know there was a struggle at the gate when aspirants and supporters were trying to get in. When the parcel of money dropped, it went missing in a flash. By the time security operatives were alerted, the thief had vanished with the envelope.”

At the time of filing this report, the ruling party has not officially reacted to the development.