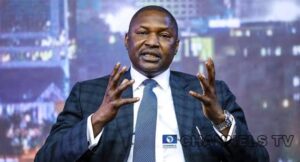 Operatives of the Economic and Financial Crimes Commission (EFCC) has grilled the Head of Asset Recovery and Management Unit, Ministry of Justice, Ladidi Mohammed, over allegations of fraud.

Naija News understands that the EFCC had detained and questioned Mohammed, who is a close ally of the Attorney-general and Minister of Justice, Abubakar Malami, for days over allegations of fraudulent sale of recovered assets running into billions.

YOU MAY ALSO LIKE:   Karen Akpagher And Premiere Academy: The “Truth” They Are Trying To Bury By Noah Christopher

Mohammed, who was granted administrative bail on Thursday, was back at the anti-graft commission on Friday for further questioning.

Sources told The Cable that Mohammed had told operatives of the EFCC that she acted under ministerial instructions in disposing of some assets which were forfeited to the federal government by persons undergoing corruption trials, but she could not tender any documented evidence to back her claims.

It was gathered that the Commission is investigating dubious transactions involving Nigerian assets that Mohammed is accused of selling off under suspicious circumstances.

Malami had reportedly secretly granted a company and its attorneys a multibillion-naira assets recovery contract.