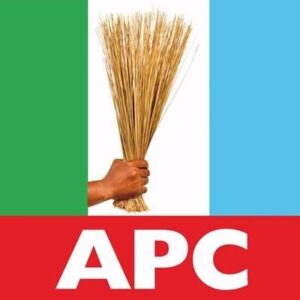 The All Progressives Congress (APC) has called on Nigerians to defend the country’s sovereignty by supporting the federal government’s Twitter suspension, saying it is in national interest.

The National Secretary of the Caretaker/Extraordinary Convention Planning Committee, Sen. John Akpanudoedehe, in a statement issue Saturday, said the ban on Twitter was a challenge to the Nigerian youths to develop another app.

“APC urges Nigerians talented in the development of social media/software applications to seize the opportunity of the suspension of Twitter operations in the country to develop homegrown applications that can rival existing social media platforms and meet the need of Nigerians.

“Russia has VKontakte (VK), China has Weibo, among several homegrown social media platforms. The APC believes that the country has the potentials and talents that can develop alternative and competitive applications to existing platforms in the world. Twitter’s suspension will undoubtedly serve as a positive trigger to unleash the creative potentials of Nigerians in the global digital space,” the party said.

It noted that this was a challenge to the vibrant youths with such talents, adding that they would get support in the exercise from relevant federal government agencies as well as the numerous Information and Communication Technology (ICT) training and research establishments in the country.

It recalled that it had earlier released a statement asking Twitter and other operators of social media pages to use their platforms to check divisive and inciting rhetoric, particularly in Nigeria.

The ruling party said it had earlier tasked social media service providers on their important responsibility to curb fake news, disinformation, hate speech, among others.

It added that evidently, Twitter failed to do this and even allowed its platform to be used by arsonists, insurrectionists and separatists in the country.