Home / Society & Lifestyle / Unveiling! Dog and Cats that are Richer than Davido and Wizkid and others

Unveiling! Dog and Cats that are Richer than Davido and Wizkid and others 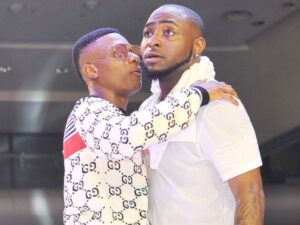 Davido and Wizkid are at the moment Nigeria’s richest musicians, several sources has been quoting their wealth at several billions of Naira, a source put their wealth at $40million and $30million respectively, while some others put it at $19million and $20million and there are some more using different instruments to determine how wealthy the two of Nigeria’s greatest musical exports are.

It is however surprising that with their hard earned wealth there are some animals that are richer that the two Nigerian superstars combine. This write-up will be looking at 3 pets that are on record richer than this extremely hardworking Nigerian superstars, we will be looking at their source of wealth, their location and the name of their owners.

The world’s richest animal is a German Shepherd from Germany — who is living anything but a ruff life.

Gunther was the pet of Karlotta Leibenstein, a German countess who had a multi-million dollar fortune. She never had any children but cherished her pet dogs throughout her lifetime. Karlotta passed away in 1992. At the time, she had no close family to share her fortune with except for her dog—Gunther III—and she made sure he would be well taken care of for the rest of his life. She willed her entire fortune of 80 million dollars to him. When Gunther III passed away, the inheritance was passed along to his son, Gunther IV.

Over the years, Gunther’s caretakers have accumulated even more wealth for the dog through strategic investments and surprising ventures, and today the dog has a net worth of $373 million. By the way, Gunther IV is supposedly 28 years old today, but the average lifespan of a German Shepherd is 10 to 13 years, so it’s likely that it’s actually Gunther 5 or 6 by now, but the dog is still referred to as Gunther IV.

Gunther’s wealth is in a trust that is managed by the Gunther Corporation, which Gunther is the CEO of. It doesn’t appear that they are very limited in how they spend or invest Gunther’s money. Although the purpose of the corporation is to ensure that Gunther is taken care of, they have used his money in a number of unusual ways.

For example, they put together a theatre show called the Burgundians, which toured in South Florida in 1999. They spent millions producing a television musical special called Global Revolution, which aired once on Italian television. In 2006, they purchased the Pontedera Football Club, an Italian association football club in Tuscany. Officially, Gunther is the owner of the football club and all other assets of the Gunther Corporation. This includes a number of properties that have been purchased in his name.

YOU MAY ALSO LIKE:   Kano Police arrest mother for hacking her 2 children to death

Gunther owns a number of properties, including several villas in Italy, properties in the Bahamas, and a German estate. His highest profile purchase came in 2000 when he purchased a 7.5 million dollar mansion from Madonna in Miami. The Gunther Corporation also looked into buying Sylvester Stallone’s 27 million dollar Miami villa before deciding on Madonna’s mansion.

The 7,000 square foot Mediterranean-style home has nine bedrooms and eight and a half bathrooms. It was purchased by a group that called themselves the Burgandians, who revealed Gunther as their mystery investor in a press conference after the sale had been finalized.

When in Miami, Gunther mainly stays in the master bedroom while the rest of the house is rented out for movie and television shoots. This is just one way that Gunther’s net worth steadily increases. 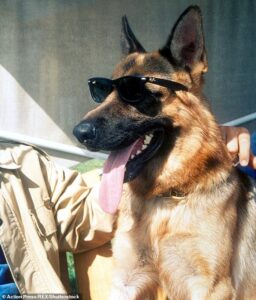 Gunther is waited on paw and foot constantly. He has a personal maid who cleans up after him in addition to a butler who attends to his every need along with his many other caretakers. A typical day might see him taking a swim in his customized pool, taking a drive in his luxurious limousine, eating the finest steaks, caviar, and truffles, relaxing in one of his many enviable estates, drinking the finest bottled waters, and perhaps going to the spa or a high-end groomer.

He even goes to the occasional auction. In 2001, Gunther along with two of his staff showed up at a high-dollar auction in northern Italy. He even successfully bid on something—a 1.1 million dollar truffle. Gunther also has around the clock security. You can definitely say that Gunther is living the good life as the world’s richest dog.

As opposed to Gunther IV, who got his money via trust fund, Grumpy Cat is a self-made millionaire.

Grumpy Cat who died in 2019 due to complications with her urinary tract infection at age 7 was self-made rich pet, she was owned Tabitha Bundesen from Arizona and her real name is Tardar Sauce but she became Grumpy Cat because of a few posts on Reddit showing off the cat’’s disdainful-looking mug by owner Tabatha’s brother, Bryan. The Reddit audience quickly posted their own takes on this grumpy cat, photoshopping sardonic text and backgrounds, spreading the cat’s popularity. According to Know Your Meme, within 24 hours, the Grumpy Cat Reddit page received over 25,000 upvotes and, within 48 hours, its Imgur page received over a million views. Grumpy Cat was causing an internet stir, and this internet stir would soon break into the mainstream.

Funny cats were by no means novel on the internet or the mainstream (YouTube was practically built on cat videos). However, Grumpy’s popularity was not only stable but growing. Soon, Grumpy was meeting famous celebrities, guest starring in television shows, writing (well… inspiring) her own books, and starring in her own Lifetime Christmas movie. She was given her own wax statue at Madame Tussaud’s, and at SXSW Interactive, she outdid the likes of Steve Carell and Elon Musk in drawing in crowds.

At the core of her popularity was her loyal following on social media and the thousands of creators that produced new Grumpy Cat memes daily. Grumpy Cat was one of the first internet sensations to straddle the real and online worlds, known by both your tech-addicted 9-year old brother and your cat-loving aunt. The meme was so widely known that even President Obama made an allusion to the meme at the 2015 White House Correspondent Dinner. Grumpy really did, as her owners stated, help “millions of people smile around the world.”

YOU MAY ALSO LIKE:   BREAKING: Veteran Nigerian radio presenter dies at 67

Grumpy Cat also made money and lots of it, putting millions in the hands of her owners. According to the Washington Post, Bundesen’s company, 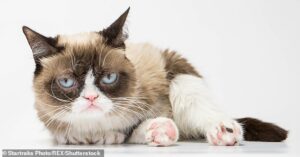 Grumpy Cat Limited, monetized the cat, bringing in between $1 million and $100 million through merchandising, Grumpy’s books, and her various appearances. With this new money and business opportunity, Bundesen was able to quit her job waitressing at Red Lobster.

In June of 2014, Taylor got a new cat she named Olivia Benson after the character portrayed by Mariska Hargitay on Law & Order: SVU, one of Taylor’s favorite television shows.

Like Meredith, Olivia Benson is a Scottish fold cat that lives in luxury, this notwithstanding the cat still makes her own money.

Olivia was featured in one of Taylor’s Diet Coke, Keds, and AT&T commercials, and has also appeared in many of her Instagram videos/photos. She and Meredith even appeared in an Instagram photo taken by Taylor’s then-boyfriend, Calvin Harris, which he captioned “Moment”.

Olivia is also seen at the beginning of the music video for Taylor’s 2019 single, “ME!”

Olivia has been nominated for 3 awards 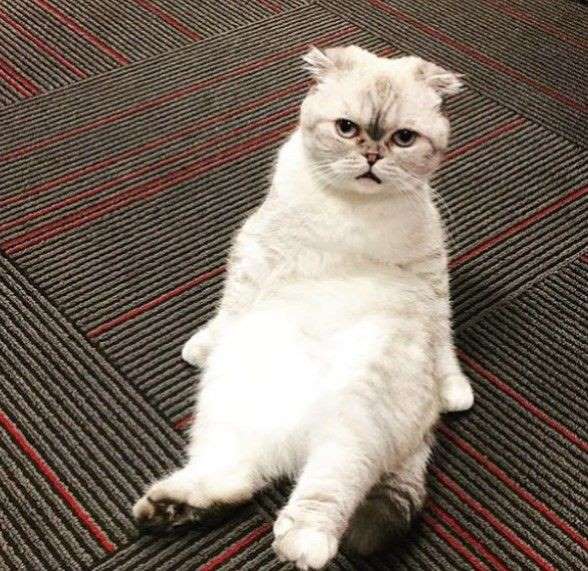