What will happen if I Iose 2023 Elections – Atiku opens Up 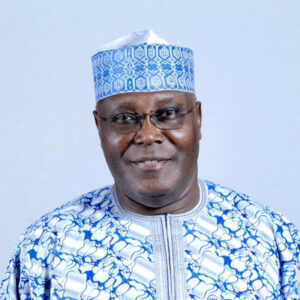 Former Vice President of Nigeria, Atiku Abubakar has revealed what will occur if he fails to win the 2023 Presidential Elections.

Atiku, who was present at a meeting with PDP BoT members on Tuesday night in Abuja said that the party may not survive another 8 years in opposition. He added that should he lose the elections, he will retire from politics completely.

At the meeting, he appealed to elders of the party to work with him to clinch the presidency in 2023.

“I am worried and you should be worried too that if we do not win, it means we will be in opposition again for the next eight years. By the next eight years, I don’t know how many of us will be left in politics and it may even ultimately lead to the death of the party because people gravitate, particularly in developing countries, towards governments. So this is a very crucial and historical moment in history, for our survival.”

He called on the party leadership to jettison the argument of Zoning.

“We invented and formulated this zoning policy simply because we wanted every part of this country to have a sense of belonging and I personally have paid my dues on the issue of zoning.”

“Therefore, you cannot come and try to imply that the PDP has not been following the zoning policy. The many years of PDP government eight years and six years all of them were from the south. So, we should not be stampeded by the opposition party. They have a moral obligation.”

YOU MAY ALSO LIKE:   President Buhari Celebrates Alhaji Erogbogbo At 95
What will happen if I Iose 2023 Elections – Atiku opens Up 2022-03-16
Oluwasegun Adesuyi
Share