Home / cover / ANALYSIS: Why Nigerians may NOT support submission of Phone ID Numbers to FG

ANALYSIS: Why Nigerians may NOT support submission of Phone ID Numbers to FG 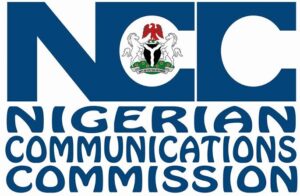 The Federal Government has come under severe criticisms on social media, particularly on Twitter, following reports that the Nigeria Communications Commission (NCC) collect the identification numbers of citizens phones. The identification numbers also known as ‘IMEI’ allows phones to be tracked and monitored. It also allows access to sensitive data of users.

The NCC’s Revised National Policy for Sim Card Registration, which disclosed the said plan stipulates that “implementation of a Centralised Equipment Identity and Register (CEIR), otherwise known as Device Management System (DMS) will serve as a repository for keeping records of all registered mobile phones’ International Mobile Equipment Identity (IMEI) and owners of such devices.”

“IMEIs that have been reported as either stolen or illegal; will be shared through the DMS to all the operators and service providers. The purpose is to ensure that such devices do not work even if different SIM Cards are inserted in those devices.”

“Accordingly, His Excellency, President Muhammadu Buhari, GCFR, has directed that the Device Management System should be implemented within three months,” it read.

The new policy comes months after the federal government announced compulsory integration of sim cards with National Identity Numbers (NIN). The Socio-Economic Rights and Accountability Project (SERAP) tackled the government over the decision, claiming it is a violation of the 1999 Constitution.

“We urge President Buhari to direct the Nigerian Communications Commission to immediately withdraw the illegal directive asking Nigerians to submit the International Mobile Equipment Identity of their phones.”

“The directive cannot be justified under any circumstances, as it amounts to mass surveillance, which is contrary to the Nigerian Constitution of 1999 [as amended], and violates the rights to privacy, freedom of expression, and would have a profound impact on other human rights.”

YOU MAY ALSO LIKE:   Just In: Truck crushes FRSC official to death in Ogun

“Asking Nigerians to submit their Phone ID is illegal and unconstitutional,” the group said.

A Twitter user who simply identified himself as Ayemojubar while reacting to the report on IMEI submission to Federal Government said, “You are at the mercy of whoever has your BVN, NIN and IMEI — your finances, your communication channels, your contacts, colleagues and family, your location, I mean the complete organogram of your existence.”

POLITICS NIGERIA also monitored an online poll on the subject of discourse and 90 per cent of the respondents said they won’t support submission of their phone identification number to the NCC. Amidst public outcry, the NCC in a statement by its spokesperson, Ikechukwu Adinde, on Friday, said it will get the numbers automatically without asking individuals to submit them.

“It is pertinent to state that the Commission is in the process of deploying a Device Management System (DMS). The DMS will essentially protect subscribers against phone theft and will identify and enable the elimination of fake devices from the networks. The system will capture IMEI automatically without any requirement for subscribers to submit same,” the statement said.

YOU MAY ALSO LIKE:   Parthian Partners wins Inter Dealer Broker of the year, lauded for pioneering IDB model in Nigeria

One major reason why Nigeria are skeptical about the development is the history of terror-linked Minister of Communication, Isa Pantami.The Nigerian Communications Commission (NCC) is the independent regulatory authority for the telecommunications industry in Nigeria and the agency works directly under the watch of Mr Pantami who heads the Ministry of Communications.

The minister was recently attacked for his vociferous support for terrorist groups such as Al-Qaeda and Taliban.

He also considered Osama bin Laden “a better Muslim than himself in a country where Boko Haram insurgents have claimed the live of thousands of people”. He was first the Director-General of the National Information Technology Development Agency and later the Minister of Communications and Digital Economy.

A report on his alleged activities generated controversy after he was said to had been placed on the U.S. watch list for terrorism. The article was later retracted but the damage had been done. Some days after the publication, some videos of his teachings 20 years ago also surfaced online.

YOU MAY ALSO LIKE:   Alledged Child Molestation: Baba Ijesha Pleads Not Guilty in Ikeja Court

Documents of him volunteering to command a militia to fight against Christians in a Plateau community also went viral online; then reports that he offered public condolences to the notorious Al-Qaeda leader, Abu Musa’b al-Zarqawi. Asides all these, Mr Pantami, whose agency is expected to have citizens IMEI in a few months time, reportedly “issued a fatwa” on several Christian students on campus, leading to the eventual killing of one of them.

Mr Pantami has renounced his past statements, but calls for his resignation have continued to gain traction. This among others won’t make Nigerians support the submission of phone identification number directive.

Another reason why Nigerians will not support the order is the incessant gag against press freedom by President Muhammadu Buhari administration. Several Nigerians have in the past been a victim of this. A popular instance is the case of Dadiyata who has been missing for months after criticising a state governor.

The order will also poses threats to investigative journalists who try to hold authorities to account.

“Nigerian government cannot be trusted,” Dunsi Olowolafe said. “Some of us in the media will be picked from home anytime we write about their irregularities.”

ANALYSIS: Why Nigerians may NOT support submission of Phone ID Numbers to FG 2021-05-22
Oluwasegun Adesuyi
Share

Tags ANALYSIS: Why Nigerians may NOT support submission of Phone ID Numbers to FG