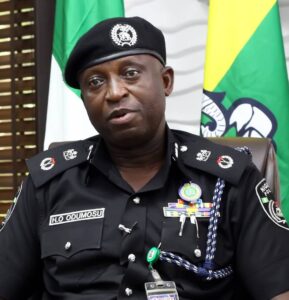 The attention of the Lagos State Police Command has been drawn to the news making waves on the social media and some Nigerian dailies that one ASP Kayode Falade shot at the Area Commnader, Area B, Apapa, Lagos State, ACP Soji Akinbayo, while on routine patrol and traffic control in the area on Friday.

YOU MAY ALSO LIKE:   MAUREEN BADEJO IS NOT WORTHY TO SPEAK ABOUT THE CORRIDOR

The Command was taken aback by the trending news which is false, unfounded and malicious, as the Area Commmader was never shot or attacked by any police officer.

The Commissioner of Police, Lagos state, CP Hakeem Odumosu, personally investigated the matter and discovered that the ASP, who was challenged and cautioned by the ACP for improper dressing, while on duty, was unruly and made some complimentary statements on the superior police officer. The ASP did not fire any shot or attack the Area Commander as wrongly reported in the fake news.

The Commissioner of Police has promised to handle the unruly behaviour of the ASP departmentally, while the Police boss assured the general public that the command, under his watch, will maintain discipline, uphold and respect rule of law, ethics and core values of modern policing according to the international standards.

The Commissioner of Police then appealed to the general public to regard the news as false, malicious and mischievous to heat up the state more so that the #endsars# protests are ongoing.

@societygazette
Previous #ENDSARS: A WAKEUP CALL FOR NIGERIAN MEDIA (THE FOURTH ESTATE OR FOURTH POWER OF THE REALM)
Next RE: DISSOLUTION OF SPECIAL ANTI-ROBBERY SQUAD (SARS