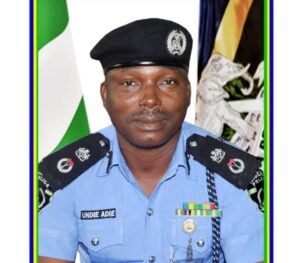 In line with the directives of the Inspector – General of Police, IGP Mohammed A. Adamu, NPM, mni, concerning the dissolution of the Special Anti-Robbery Squad (SARS), the Commissioner of Police, Osun State Command, CP Undie J. Adie psc (+), wishes to inform the good people of Osun State that, the IGP’s directives has been complied with and the redeployment of SARS personnel is underway.

The Commissioner of Police appeal to the members of the public in the spirit of community policing to collaborate with the police by giving prompt and useful information that will promote security of lives and property in the state.

He appreciates and commends all citizens, particularly those who genuinely express their concerns for a better policing orientation in an organized, patriotic and civil manner.

The CP assures good people of the state to go about their lawful business without fear of molestations from any person(s) as adequate security measures have been emplaced for maximum security of lives and property of the citizens.