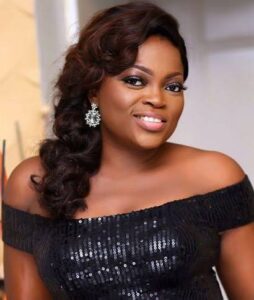 YOU MAY ALSO LIKE:   Nigerian Army Organizes 2 -Day Physical Training for Operations, Exercises and Excellence in Sports

It is understood that the decision was reached based on the fact that Funke Akindlele is from Ikorodu and Lagos East Senatorial District like the incumbent Deputy Governor and would be able to use her popularity to pull votes for the PDP.

Confirming the development, Akindele also posted a video on her verified Instagram page where she disclosed why she accepted the role.

“I saw it as an opportunity to help liberate and improve the wellbeing of our people, particularly the deprived youth, women and the girl child.

“My decision is not just to accept this huge responsibility but to also work tirelessly and complement Jandor’s burning desire to see our dear Lagos live up to its full potential,” she said.

Akindele will be officially unveiled as running mate to Jandor in Ikorodu later today.

The event is scheduled to hold at the residence of the apex leader of Lagos4Lagos Movement, late Mrs Adenrele Ogunsanya, Ikorodu, by 11 am.