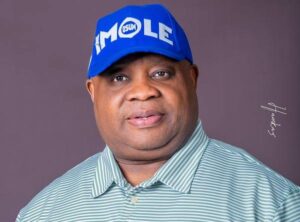 The PDP governorship candidate was declared the winner at the head office of INEC in Osogbo, the state capital which was used as the collation centre.

YOU MAY ALSO LIKE:   FIRSTBANK CLINCHES ANOTHER INTERNATIONAL RECOGNITION; RANKED SECOND MOST ADMIRED FINANCIAL SERVICES BRAND IN AFRICA

The incumbent governor of the state who was defeated in the election gathered 375,027 votes, while Adeleke polled 403,371 votes to win the election.

The INEC returning officer for the Osun State Governorship election, Prof Oluwatoyin Temitayo Ogundipe gave the declaration in the early hours of Sunday.