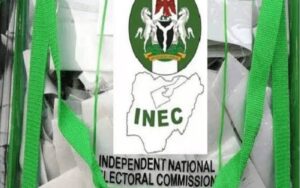 The Independent National Electoral Commission (INEC) has extended voting in the ongoing Anambra governorship election for one hour.

According to Orji, voting has been extended from 3 pm to 4 pm following reports of malfunctioning Bimodal Voter Accreditation System (BVAS) – the device being used for accreditation of voters.

“The extension of time arose out of several field reports that voters have had problems with accreditation,” Orji said.

“The commission is currently investigating the reason the accreditation devices, Bimodal Voter Accreditation System (BVAS) have worked perfectly in some polling units but not in others, in some of the cases.

“It will seem that this resulted from software glitches. Our technicians have already built an update to the device software to prevent further challenges. The update is currently being installed in the concerned BVAS, and we request voters, candidates and agents to be patient and allow our technical staff to solve the problem,” he said.

It was earlier reported that electorates, including the governorship candidate of the All Progressives Grand Alliance (APGA), Chukwuma Soludo, had challenges casting their votes due to technical glitches.

Previous How Photo Of Tinubu Seating On A Chair During Jumat Prayer May Cause Setback On His 2023 Presidential Ambition
Next Anambra 2021: Protests In Nnewi Over Fake Result Sheets