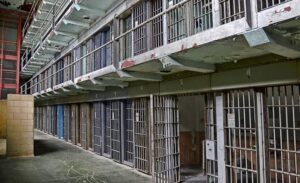 The Kuje Correctional Center is said to be under heavy bombardment by unidentified gunmen.

A source who spoke to THE WHISTLER on telephone said “they are unleashing bombs.

“We don’t know who is carrying out the attack but we can hear heavy sounds bearing the hallmark of bombs.

“Everywhere is under lock and key.”

This is coming few hours after the advanced team of President Muhammadu Buhari came under heavy attacks by terrorists, according to a statement by the president’s special assistant on Media and Publicity, Garba Shehu, on Tuesday evening.

A source confirmed to our Correspondent that the first explosion, which she said was likely a high capacity bomb, went off around 10.25pm.

She further confirmed that soon after the second and third blasts went off, sporadic gunshots followed.

It was gathered that there was a security report, which alerted the prison officials that the center which is a Medium Prison would be attacked.

Attempts to speak with the Public Relations Officer of the prison, Francis Enobore, proved abortive as his phone rang out unanswered.

But a source in the prison said the attack was carried out from the back of the building and is still going on as of press time.

“The attack is still going on as we speak and the inmates are escaping. I can’t report any casualty but I can confirm some inmates are leaving because the back is now open and exposed.”

YOU MAY ALSO LIKE:   We Brought You From Gutter To Be PDP Chairman – Wike Replies Ayu
BREAKING: Inmates Escape As Kuje Prison Under Heavy Bombardment 2022-07-06
Oluwasegun Adesuyi
Share