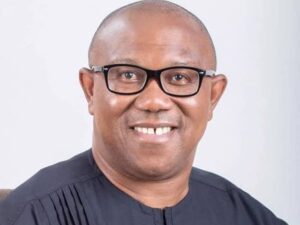 Naija News reports that this development comes two days after he resigned his membership from the opposition Peoples Democratic Party (PDP).

Recall that Obi had dumped the PDP a few days before its presidential primary slated for May 29 and 30 at the MKO Abiola Stadium in Abuja.

In a letter addressed to the National Chairman of the PDP, Iyorchia Ayu, Obi said he resigned his membership due to the recent developments in the opposition party.

In a statement on his official Twitter page on Friday, Obi announced his defection to the Labour Party ahead of the 2023 presidential election.

The former governor said he joined the party because it is in line with his aspirations and mantra of taking the country from consumption to production.

Obi said he pitched his tent with Labour Party which he said is synonymous with the people, workers, development, production, securing and uniting Nigerians as one family.

The former governor thanked all Nigerians, especially the youths who have joined him in the mission of taking back and reuniting Nigeria.

YOU MAY ALSO LIKE:   NDLEA Recovers Cocaine From Lady’s Underwear At Lagos Airport, Intercepts Drugs Going To Italy, Turkey

He, therefore, urged his followers and all Nigerians to join him in taking back the country, promising not to disappoint them.

He said: “I thank all Nigerians, especially our youths who have joined me in the mission of taking back and reuniting Nigeria. This project is yours and for the future of your children. I am just a facilitator.

“Since I resigned from the PDP because of issues that are at variance with my persona and principles, I have consulted widely with various parties and personalities to ensure we do not complicate the route to our desired destination.

“For me, the process of achieving our goal is as fundamental as what one will do thereafter.

“Therefore, I have chosen a route that I consider to be in line with our aspirations and my mantra of taking the country from consumption to production; and that is the Labour Party which is synonymous with the people, workers, development, production, securing and uniting Nigerians as one family. I invite all Nigerians to join me in taking back our country. Be assured that I’ll never let you down.”

YOU MAY ALSO LIKE:   Finally, Mane Bows Out Of Liverpool After Winning Six Trophies

Obi registered as a member of the Labour party in Agulu Ward 2 in Anambra on Friday to the admiration of his supporters.

He is expected to pick the presidential form and participate in the party’s presidential primary election slated for next week Tuesday in Abuja.