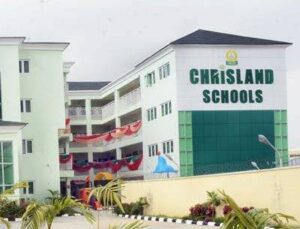 An account with 276 videos of a female pupil at the centre of the Chrisland School sex scandal has vanished from the video-sharing app, Likee, after garnering over 10,000 followers within hours.

The account which had about 4,000 followers as of Tuesday morning, grew to over 10,000 followers and more than 24,000 likes after the minor’s sex videos trended on Twitter.

The female minor and some male pupils were reported to have engaged in the act when a delegation of Chrisland School took its pupils to Dubai, the United Arab Emirates, to partake in the World School Games in March.

About 76 of the pupils were said to have been lodged in a hotel during the four-day competition.

The female pupil’s mother had claimed in a video posted on Instagram by talent manager Ubi Franklin that her daughter was drugged and abused sexually by her male colleagues and accused the Chrisland School management of a cover-up.

The school management, however, denied the allegation and stated that “no rape of anyone or the administration of a pregnancy test on any child took place on our watch.”

The Lagos State Government, on Monday, shut down the school and all its branches across the state and ordered investigation into the matter.

Previous 2023: Amosun To Declare For Presidency On May 5
Next JUST IN: Unknown gunmen strike again, bomb Anambra police station