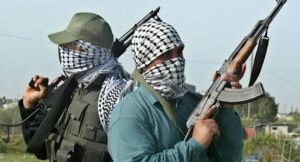 POLITICS NIGERIA reports that the police said they repelled the attack.

Anambra State Police Command’s spokesperson, DSP Tochukwu Ikenga, who confirmed the incident, said the attackers after being successfully repelled threw a locally made explosive into the compound, but no casualties were recorded.

“The operatives stood firm and engaged the hoodlums which made them flee the scene,” Ikenga said.

Wednesday morning’s attack in Anambra State is the latest violence in the southeast region where separatist violence is on the rise.

Authorities have blamed attacks on either the banned Indigenous People of Biafra (IPOB) movement, which is campaigning for a separate state for the ethnic Igbo people, or its armed wing, the Eastern Security Network (ESN).

The group has denied responsibility for the violence.

Previous Chrisland Female Pupil’s Account Deleted After Hitting Over 10,000 Followers On Likee
Next JUST IN: APC National Chairman Accuses Governors Of Working Against Him