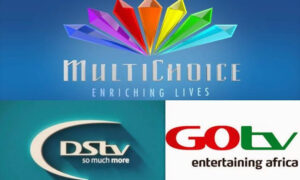 A Competition and Consumer Protection (CCP) tribunal sitting in Abuja has directed MultiChoice Nigeria Limited to maintain the status quo on its subscription packages, pending the hearing and determination of the substantive matter.

Multichoice is the owner of the satellite television services, DStv and Gotv — popular subscription-based platforms in Nigeria.

A three-member tribunal, presided over by Thomas Okosun, gave the order on Monday
following an oral application for adjournment moved by Jamiu Agoro, counsel for the firm, to enable him to respond to counter-affidavit and written address, including the contempt charge, filed against his client.

Agoro also said he had filed an application challenging the jurisdiction of the tribunal to hear the matter.

Festus Onifade, a legal practitioner, had sued the company on behalf of himself and the coalition of Nigerian consumers.

While MultiChoice Nigeria Limited is the first defendant, the Federal Competition and Consumer Protection Commission (FCCPC) is the second respondent.

Onifade had prayed the tribunal for an order, restraining the firm from increasing subscription for its services and other products on April 1, pending the hearing and determination of the motion on notice dated and filed on March 30.

The tribunal had granted the ex-parte motion, directing parties to maintain “status quo antebellum” (to maintain the situation as it existed before).

But on Monday, Onfade said he had filed a written address and contempt proceedings against John Ugbe, managing director of MultiChoice, and the company’s directors for them to show cause why they should not be committed to prison for alleged disregard of the panel’s order made on March 30.

Checks by TheCable showed that the prices of DStv, GOtv packages have been increased to the new rates announced by the company.

YOU MAY ALSO LIKE:   Just In: Governor Dapo Abiodun, Akeredolu Arrives SCOAN For TB Joshua’s Burial

When asked about disobeying the court’s order, Agoro said, “As much as the questions which the tribunal has posed, the issue has been where there is an order of the court and an aggrieved party who had either applied to set aside that order or had exercised its rights of appeal against that order, such party cannot be held to be in contempt of that order.”

He cited previous cases to back his arguments.

“So on that basis, as contained in this authorities and avalanche of others, we submit that we are not in contempt of order of this honourable tribunal,” he said.

Onifade said the matter was slated for the hearing of the motion on notice, seeking a perpetual restraining order against the firm pending the determination of the suit.

He said he also filed a counter-affidavit against a motion filed by the company challenging the jurisdiction of the tribunal to hear their application.

In a short ruling, Okosun ordered that the status quo be maintained antebellum, pending the hearing and determination of the matter.

“Having listened to arguments of counsel to parties and upon the argument of counsel to 1st defendant and 2nd defendant for adjournment to enable them file their processes, this matter shall be adjourned,” Okosun said.

He adjourned the matter until May 5 for hearing.

Previous One Dies, 12 Wounded In Failed Rivers’ Jailbreak
Next 2023: I Will Solve Problems Buhari Could Not Solve If Elected President – Wike