Home / cover / Ejimakor Reveals Why Election May Not Hold In SouthEast

Ejimakor Reveals Why Election May Not Hold In SouthEast 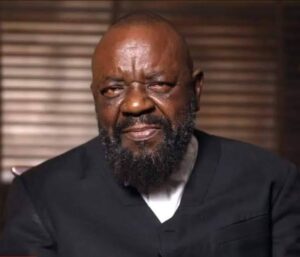 Aloy Ejimakor, the special counsel to the leader of the Indigenous People of Biafra (IPOB), Nnamdi Kanu, has stated why elections might not hold in the South-East in 2023.

Ejimakor in a post on Twitter wondered why politicians from the region are mindful of their political interest and not the violence and injustice in the region.

YOU MAY ALSO LIKE:   AJAYI WINS THE 59TH FIRSTBANK LAGOS OPEN GOLF CHAMPIONSHIP

He wondered who will vote for them during the election when thousands are in jail or have been killed.

Ejimakor lamented over the activities of the military in the region.

The lawyer wrote, “Dear #Ndigbo, especially the politicians: Why are you talking about the 2023 Elections & not the rising violence & injustice in Southeast?

“Plus the militarization of the South East? Who will vote for you? The thousands that are either in jail or dead? #MNK”.

Ahead of the 2023 general elections, politicians in the southeast have been calling on political parties to zone their presidential ticket to the region.

Some politicians in the region have expressed their desire to take over from President Muhammadu Buhari when his tenure ends in 2023.

The Peoples Democratic Party on its part is yet to decide if it would be zoning the presidential ticket of the party to the southeast.

Tags Ejimakor Reveals Why Election May Not Hold In SouthEast