Frank Edwards Reacts To Having Secret Affairs With Osinachi 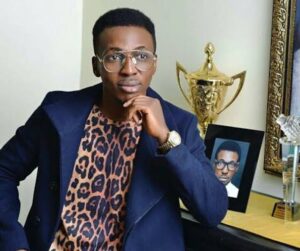 Popular Nigerian gospel singer, Frank Edwards has reacted to allegation levelled against him by controversial journalist, Kemi Olunloyo over the death of Osinachi Nwachukwu.
Olunloyo in a post on her Twitter account had accused Edwards of having a secret affair with Osinachi before her death.

According to Olunloyo, their secret affair got the husband of the gospel singer, Peter Nwachukwu jealous.

YOU MAY ALSO LIKE:   FIRSTBANK PARTNERS UN1TY NIGERIA, PROMOTES GROWTH OF THE NIGERIAN MUSIC WITH THE VOICE NIGERIA SEASON 3

She also warned that Joy Nunieh, a former NDDC Executive, should not be dragged into the trending topic, adding that she is a real woman who once slapped Akpabio for sexual harassment.

She wrote, “Frank Edwards you’re STUP!D! Were you not Osinachi Nwachukwu’s secret lover? Of course, her own husband was “jealous” of her. Joy Nunieh should not be dragged into your foolishness. Joy is a real woman & strong one & she once slapped Akpabio for s*xual harassment. TELL THE TRUTH.”

Edward the founder of Rocktown Records in his reaction to Olunloyo’s tweet, dropped several laughter emoji with oh dear lord.

Tags Frank Edwards Reacts To Having Secret Affairs With Osinachi

Previous 2023: Posters Describing Osinbajo As A Betrayer Surface In Abuja
Next REVEALED! How Osinbajo Rejected Obasanjo’s Offer To Betray Tinubu