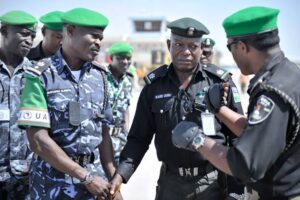 The Imo State Police Command has arrested a pastor of the Apostolic Church of Christ in Lagos after allegedly kidnapping a Catholic priest named Fidelis Ekemgba.

As it turned out the syndicate had been on the wanted list for a while, as they were responsible for multiple robbery and kidnapping cases.

The CP revealed the 71-year-old priest was waylaid and taken on November 17 as he returned from his mission assignment and had to spend over seven days in captivity. The abductors demanded N5M ransom for his release.

Upon arrest, the pastor admitted he had received N1.5m random paid for the priest.

“I am a pastor with the Apostolic Church of Christ in Lagos. I got N1.5 million from the kidnap of the priest,” Anoloba spoke to the journalists.

“I never knew I will be arrested. I regret my actions because I am now a disgrace to the body of Christ and my family.”

The CP’s team found the priest after following information collected by the anti-kidnapping unit. He then applauded the job well done, and he pledged to continue keeping the state secure from criminals.