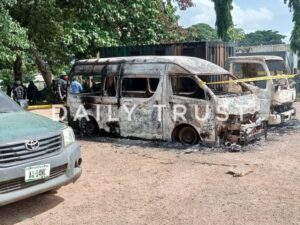 It was earlier reported how hundreds of inmates were freed by the attackers.

An official also said four inmates and a security official were killed during the attack.

About 443 inmates are still at large while another 443 have been recaptured, a spokesperson said.