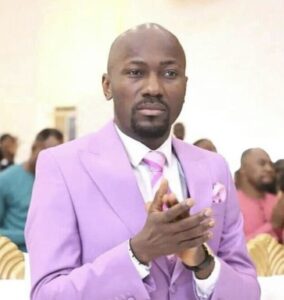 In Christendom, when the name Maureen Badejo is mentioned, what comes to mind is the story of an idle person who has become the devil’s workshop. Indeed, Maureen Badejo has proven to be a full time agent for Satan, making moves to bring down anointed men of God.

An opportunist who found her way to the United Kingdom after wrecking her husband’s business in Nigeria, she does nothing but sit on the internet all day making unthinkable allegations against men of God in Nigeria.

No doubt, she is a well known figure in the kingdom of darkness as she has a history of lying against fathers of faith in the kingdom of light which of course tallies with the mission of the devil to win more people to his kingdom. One of her most pronounced attacks on men of God is that Of Rev DK Olukoya of MFM. She took on the man of God for over a year and as it stands now, she is on the verge of going to jail for defaming the highly revered man of God.

Despite recording several failures to bring down men of God, she seem not to get tired as she just took on the General Overseer of Omega Fire Ministries, Apostle Johnson Suleman. She made several allegations about extra-marital affairs, maltreatment of maid, occultic activities, killing of adopted children, and several others.

Of course, Apostle Suleman is not expected to respond to the allegations of a nonentity as the bible says ‘’Answer not a fool according to his folly, lest you be like him yourself. Answer a fool according to his folly, lest he be wise in his own eyes’’(Proverb 26:4) but as a follower of Christ and the love for the growth of the gospel, I have taken it upon myself to clarify somethings and let the world know how mentally derailed Maureen Badejo is.

YOU MAY ALSO LIKE:   Prophet Joshua Iginla Set To Bury Mother In Grand Style

How can a sane person make over 60 defamatory videos on a human being within five months and each video duration is within 3 to 7 hours?

First, Maureen alleged that a domestic staff of the man of God named Amos revealed to her that domestic staff of Apostle Suleman die regularly and mysteriously. If Maureen had a functioning mental system, she should have asked Amos how he survived for 10 years without dying like others as he claims. It’s obvious that was a blatant lie from the pit of hell. If others die often, Amos should also have died long time ago. As a matter of fact, Apostle Suleman has been very kind to his domestic staffers, just recently he gave a house to his cook who has served him for 10 year. Aside that, he also supported Amos, his domestic staff and his elder brother with $40k which they squandered in Dubai withing days.

YOU MAY ALSO LIKE:   How Tinubu Worked His Way Up To Success From A Taxi Driver To Become One Of The Most Powerful Nigerian Politician

Secondly, Maureen said Apostle Suleman used one ‘Martha’ to renew his powers and amass congregation to his church. it’s quite funny because taking a look at Apostle Suleman’s ministry, there is no way any diabolical power can keep it running. In Auchi, Apostle Suleman has maintained a record of having the largest congregation for many years, many know how he rose into prominence through God’s help so allegations of using diabolical means is not true. Such statement is coming from desperation to bring down the ever flourishing ministry of the man of God. Aside that, the girl martha came out to debunk the lies that she never had anything sexual with Apostle Suleman. Martha even called live on Maureen Badejo’s show to debunk the story 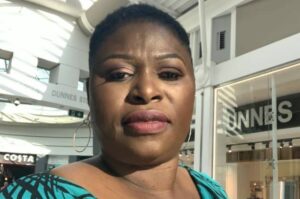 Thirdly, Maureen Accused Apostle Suleman of having marital affairs with married women in the church, citing Mike David’s wife as a reference to back up the claims. For many who don’t know Mike David, he became popular last year when he accused Apostle of having affairs with his wife. It was discovered that his allegation was made out of bitterness and at the end of the day, he had to apologize for making such an allegation because it’s not the truth.

It’s unfortunate that Maureen Badejo has amassed to herself gullible followers who are just like her, wanting to pull down men of God if not, people like her would have been recommended for appointment at a Psychiatric hospital as it’s obvious someone in a right state of mind wouldn’t dare make the allegations.

We are in the last days and it’s normal to see agent of satan unleash their terror on men of God but at the end of the day, light will overcome darkness.